Nepal, France agree to cooperate each other in regional, int'l forums 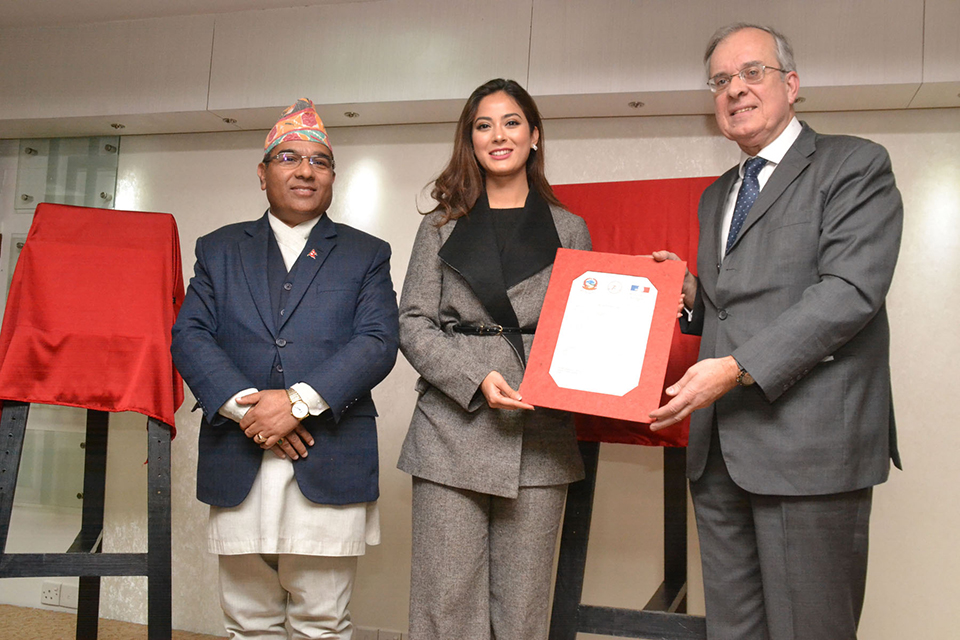 KATHMANDU, Jan 9: Nepal and France have agreed to cooperate with each other in the regional and international forums on the common issues that meet the national interests of both countries.

Such decision was made during the Nepal-France consultation mechanism meeting held in the capital city on Wednesday. The meeting held on the occasion of the 70th anniversary of the establishment of diplomatic ties between the two countries dwelt thoroughly on issues of mutual interests.

The issues that featured during the meeting were energy, trade, tourism, urban development, information and communications, climate change, culture and others. It was shared at a press conference following the meeting.

Also attended by the representatives from various ministries as of finance, industry and trade, communication and information technology, culture, the meeting decided that Nepal and France would foster partnership on the multilateralism and contribute to the establishment of the international peace.

The French diplomats praised Nepalis as the creators of peace and hailed Nepal Army's role in UN peace-keeping mission. They added that France, as the founder nation of the EU, was in favor of the promotion of multilateralism and regional organizations.

The Foreign Secretaries from both countries handed over the letter to Miss Nepal Shrinkhala Khatiwada on her appointment of Nepal-France Goodwill Ambassador for the promotion of Nepal-France relations.

A commemorative logo on the 79th anniversary of bilateral ties was unveiled on the occasion.

On the occasion, French Ambassador to Nepal, Francois-Xavier Leger shed light on various programmes to be held throughout the year. RSS

KATHMANDU, Jan 10: Nepal and France have agreed to mark the 70th anniversary of the diplomatic relations established between the... Read More...

KATHMANDU, Jan 8: The meeting of the Nepal-France consultation mechanism is being held in the capital city on Wednesday. ... Read More...

KATHMANDU, Jan 5: Secretary General of the French Ministry of Europe and Foreign Affairs, Maurice Gourdault-Montagne, will be on an... Read More...

UNICEF: Young children’s diets showed no improvement in last decade, ‘could get much worse’ under COVID-19
4 minutes ago