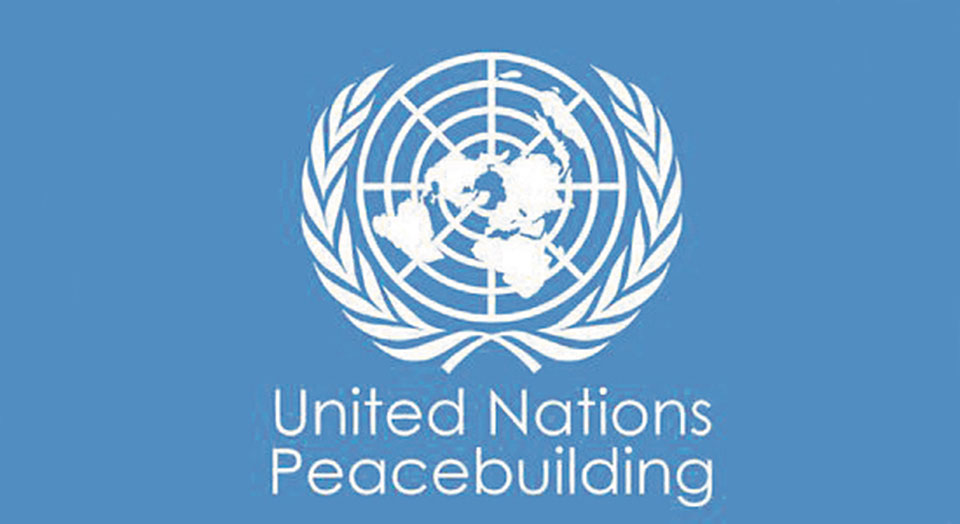 KATHMANDU, Dec 23: Nepal has been elected as a member of the organizational committee of the United Nations Peacebuilding Commission (PBC) on Friday.

Along with Nepal, other countries including Egypt, Guatemala, Kenya and Mexico were also elected under the 'General Assembly' category of the PCB for a tenure of two years starting from January 1, 2019, reads a press statement issued by the Permanent Mission of Nepal to the UN.

According to the Mission, Nepal was unanimously elected by the UN General Assembly from the Asia Pacific region considering its contribution in maintaining international peace and security.

“Currently, Nepal is the fifth major troop and police contributing country for the UN peacekeeping operations,” reads the statement

“Nepal will contribute to the work of the PBC with its rich experience of UN peacekeeping operations as well as that of the uniquely successful endogenous and nationally-driven peace process,” reads the statement.

“The election has provided yet another opportunity for the country to further enhance its substantive engagements in the multilateral platform.”

The PCB, a 31-member body, was established in 2005 with a mandate to provide support to the countries affected by conflicts for reconstruction and institution-building by promoting an integrated, strategic and coherent approach to peace-building, the statement further said.

“It provides advisory service to the General Assembly and the Security Council on matters of peacebuilding and sustaining peace,” the statement added.