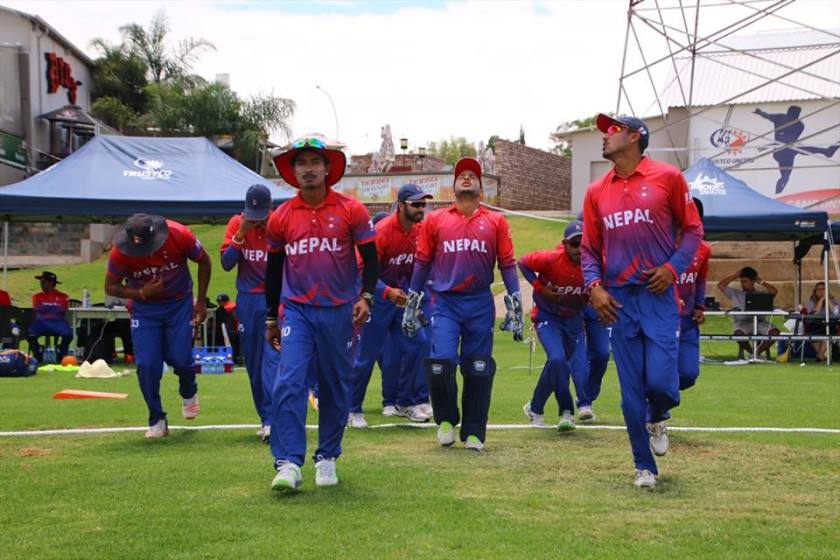 KATHMANDU, June 13: Nepal has defeated the host Malaysia in the first match of two T-20 international cricket series on Saturday.

Receiving the target of 129 runs set by the Malaysian team in the match held in Kinrara Oval in Kuala Lumpur, Nepal achieved in 18.3 overs with the loss of three wickets.

Captain Paras Khadka scored highest 86 runs off 50 balls (not out) to contribute the win of the team with eight fours and five sixes. Likewise, Sharad Veswakar hit 16 runs. However, the other batsman failed to score double-digit runs. Anwar Rahman took two wickets whereas Fitri Sham took one wicket for the Malaysian team.

Earlier, Malaysia won the toss to bat and scored 128 runs with the contribution of 57 runs from Virandeep Singh, 45 runs from Ahmed Faiz and 12 runs from Fitri Sham.

Nepal will now play the second match with the host country on Sunday.

US Acting Assistant Secretary Trudeau in Kathmandu
19 hours ago

One dies of dengue infection in Chitwan
1 hour ago