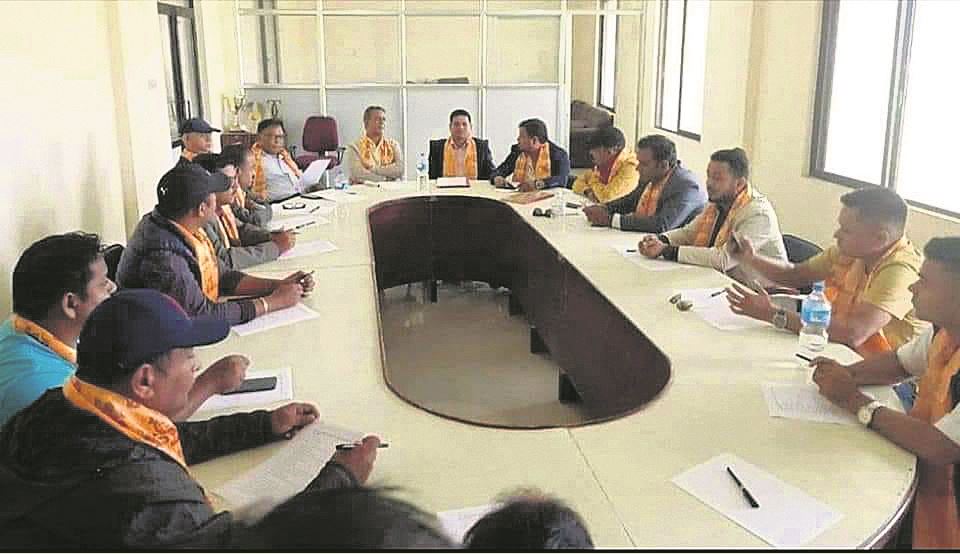 KATHMANDU, Jan 8: The Cricket Association of Nepal (CAN) has stated that the closed camp for upcoming ICC Men’s Cricket World Cup League 2 One-Day International matches will be held in Pokhara.

A preliminary national cricket team squad will start training from January 10 in Pokhara for the upcoming tri-series cricket event against Oman and the United States during February 5-12. Pokhara Stadium’s Cricket Ground will be used for practicing in lead up to the tri-series.

Nepal will play two ODI matches each against Oman and United States to officially start its ICC Men’s World Cup campaign. Each team in the seven-nation League 2 will play 36 ODIs over a period of two and half years which began from August last year. Each team will face each other in six one-dayers in League 2 which is the pathway to the 2023 World Cup.At the end of the league, the top three teams will enter the ICC Cricket World Cup Qualifier in 2022. Currently, the United States leads the group table with 12 points (six wins) in eight matches. Similarly, Oman is on third place with 8 points (four wins) in five matches so far in the league. Scotland occupies the second position with 9 points (four wins and a no-result) in eight matches.

The TU Cricket Ground at Kirtipur is under-maintenance for the tri-series. Similarly, Mulpani Cricket Ground is being prepared for the practice matches before the main-event. Sri Lanka’s ICC pitch curator and former test player Bandula Warnapura is looking after the pitch and ground maintenance at Kirtipur.

In another positive move by the CAN, the national players are set to earn central contracts in 2020 according to the performances in 2019. The categories of players will be based on respective performances during the year 2019. CAN stated to provide a handsome amount for the players to motivate them. Similarly, salary for the women national cricketers was also discussed.

Likewise, the central body of cricket is set to provide Rs 100,000 each to every registered district to setup an office. Similarly, Rs 300,000 each will be provided to each Provincial board to setup a working committee which will look after the cricket in the region.

Similarly, a five member working committee has been formed to look after the daily cricket matters in Nepal. The committee includes President of CAN Chatur Bahadur Chand, Vice-President Raju Babu Shrestha, Secretary Ashok Nath Pyakurel, Treasurer Roshan Kumar Singh and Central member Amit Bir Pandey. The committee is in continuous touch with ICC regarding the cricket operations in Nepal.