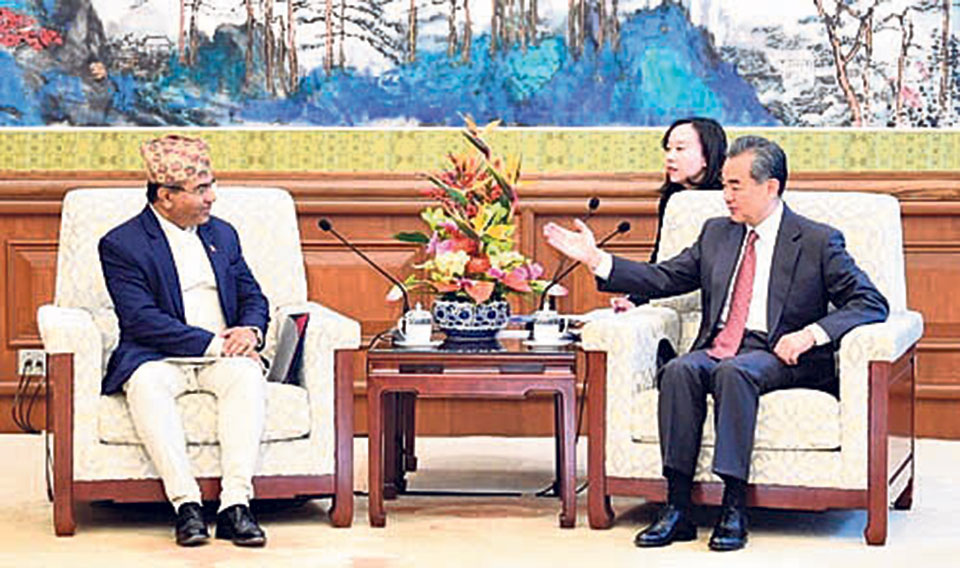 KATHMANDU, Dec 14: Nepal and China have agreed to expedite the implementation of past agreements and understandings and prioritize projects under bilateral co-operation.

The two countries reached an agreement to this effect during the 12th Nepal-China Bilateral Consultative Mechanism meeting held in Beijing on Thursday. Foreign Secretary Shankar Das Bairagi and Vice Foreign Minister of China Kong Xuanyou led their respective delegations in the meeting.

The two sides held ‘substantive and fruitful’ discussions on the entire gamut of Nepal-China relations and reviewed the status of bilateral co-operation. Both sides underlined the need to further enhance bilateral relations through close and productive engagements in areas of mutual interest, including connectivity, infrastructure development, trade, investment, and energy, according to a press statement issued by Embassy of Nepal in Beijing.

During the meeting, the countries highlighted the importance of exchanging high-level visits for leveraging the momentum in bilateral relations for mutual benefit. “The Nepali side shared with the Chinese side the priorities of the Government of Nepal regarding Nepal-China co-operation. The Chinese side expressed its willingness to lend support to Nepal’s development efforts,” the statement further said.

The two countries also shared views on various regional and international issues of common concerns. The Nepali delegation comprised of Ambassador Leelamani Paudyal, Joint Secretary at the Ministry of Foreign Affairs Ganesh Prasad Dhakal and Deputy Chief of Mission at the Embassy of Nepal, Beijing Sushil K Lamsal, and other officials. The next meeting of the Bilateral Consultation Mechanism will be held in Kathmandu.

Earlier, Foreign Secretary Bairagi called on State Councilor and Minister for Foreign Affairs of the People’s Republic of China Wang Yi at the Diaoyutai Guest House in Beijing on Thursday. Various matters pertaining to bilateral relations and issues of mutual interest were discussed during the meeting.

KATHMANDU, June 21: Nepal and China have agreed to expedite eight major projects in Nepal, during the ongoing official visit of... Read More...