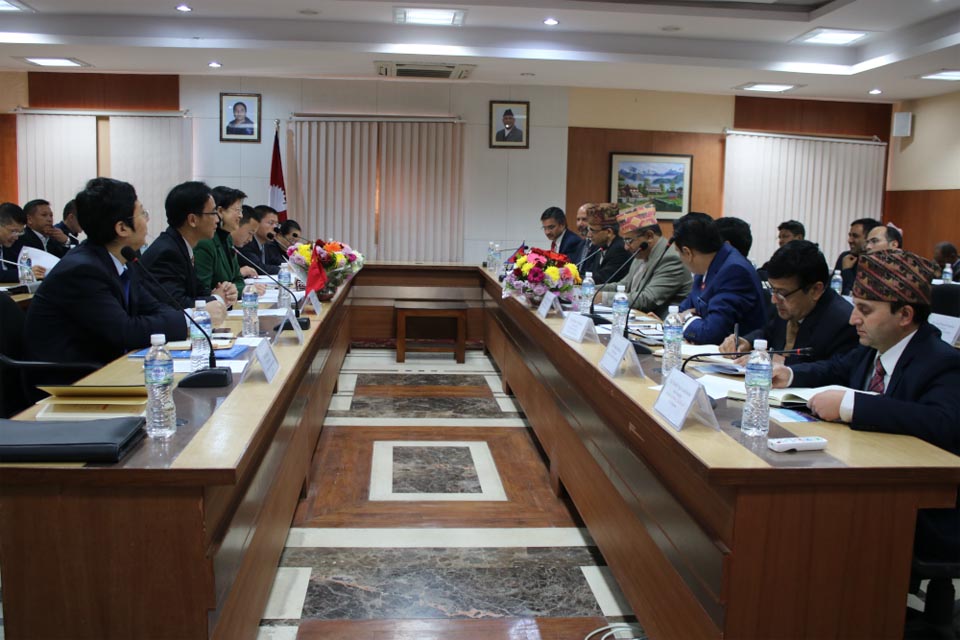 KATHMANDU, Dec 4: Nepal and China have agreed to take appropriate measures to ensure smooth and timely implementation of the bilateral programs and projects through joint efforts.

The understanding was reached during the first ‘Meeting of Mechanism for Facilitation on the Implementation of China-Nepal Cooperation Programs and Projects in Nepal’ held at the Ministry of Foreign Affairs (MoFA) in Kathmandu on Monday.

The two sides also discussed about several schools being built around the country with the Chinese assistance.

During the meeting, Foreign Secretary Shanker Das Bairagi and Chinese Ambassador to Nepal Yu Hong from led their respective delegations.

On the occasion, leaders of the both sides expressed happiness over convening of the first meeting of the mechanism and emphasized on the timely completion of all bilateral economic and development cooperation projects.

The Nepali side in the meeting comprised of senior officials of the ministries and relevant agencies responsible for implementation of the Nepal-China programs and projects while the Chinese side included senior officials of the Embassy of China and project implementing agencies. The mechanism was formed during the official visit of Prime Minister KP Sharma Oli to China in June.