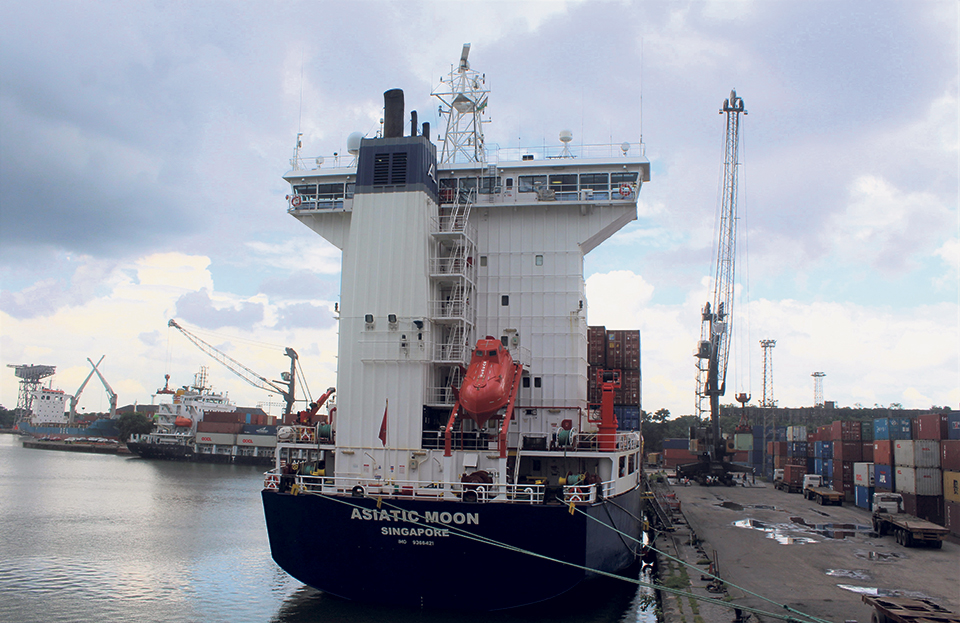 BIRGUNJ, Sept 19: The Indian customs office at Kolkata port has given 84.33% subsidy for Nepali cargo duty insurance. The office has a provision to charge the importers duty insurance equal to the risk on revenue while importing goods via India.

Nepali importers and other stakeholders say this subsidy is an important incentive for Nepal's trade with third countries.

Earlier, the insurance cost was 30 paisa per Indian Rs 100. Now, the cost has been reduced to 5 paisa. Importers say this will lessen the cost of insurance for Nepali cargoes.

Ek Narayan Aryal, consulate general of Nepal at Kolkata, said the achievement was a result of efforts made for a long time.

"We welcome the decision made by the Indian customs. Nepal will get direct benefit from this," said Pradeep Kedia, past president of Birgunj Chamber of Commerce and Industry (BICCI). This will lower the cost of business to some extent, he added.

Apart from the subsidy, the Indian customs office has also decided to allow importers to buy insurance from private insurance companies.

Previusly, there was a provision to insure from a government insurance company.

The decision to get insurance service from private companies was implemented from September 12. With this, the monopoly of the National Insurance Company Ltd, an insurance agent owned by the Indian government, has ended at Kolkata Port.

Ashok Kumar Temani, president of Transport and Transit Committee of Federation of Nepalese Chamber of Commerce and Industry, said that ending monopoly of one company will definitely improve the situation.

Revenue collection up in 6 months of current fiscal year

KATHMANDU, Jan 24: Revenue collection until January 17 of the current fiscal year has increased by 42 per cent in... Read More...