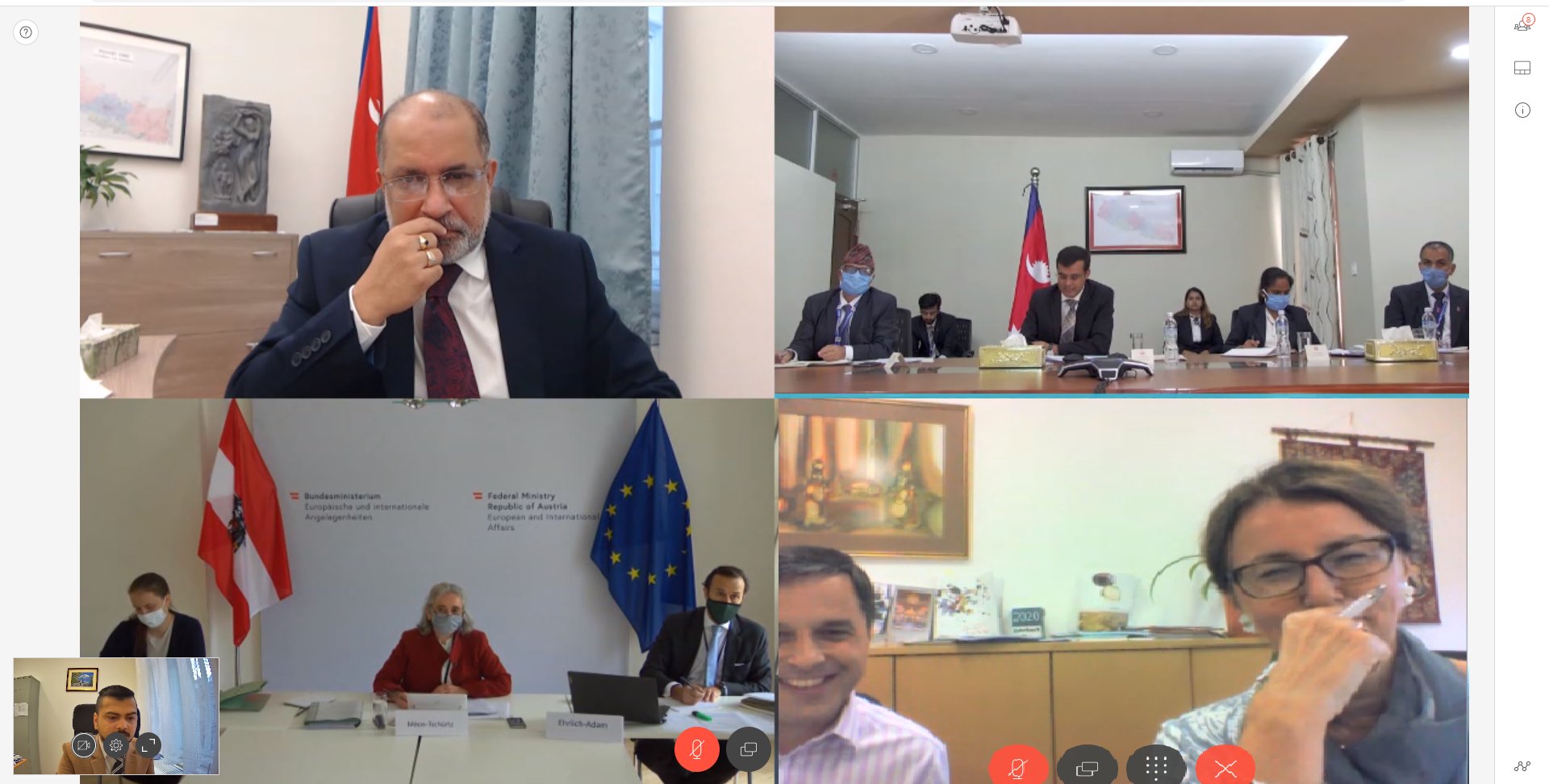 The two countries made the agreement during a virtual bilateral consultations mechanism held on Wednesday. The first-ever bilateral political consultation meeting took stock of the overall state of the bilateral relations and cooperation between Nepal and Austria.

According to the Ministry of Foreign Affairs (MoFA), various aspects of Nepal-Austria relations including the contributions made by the exchange of high-level visits and the need for enhancing economic cooperation were discussed during the meeting. "The two sides also emphasized on the importance of continuing collaborations in the areas of culture, heritage conservation as well as on people to people relations," said a press statement issued by the MoFA.

As mountainous and land-locked countries, both sides shared the importance of continued cooperation on matters of common agendas such as climate change at various multilateral forums. The two sides exchanged views on the challenges posed by COVID-19 as well as the measures adopted by their respective Governments.

Joint Secretary of Europe and the Americas Division at the MoFA Nirmal Raj Kafle and the Head of Asia-Pacific Department of the Federal Ministry of European and International Affairs of Austria Gabriele Meon-Tschurtz led their respective delegations to the consultations. Ambassador of Nepal to Austria Prakash Subedi and the Ambassador of Austria to Nepal Brigitte Öppinger-Walchshofer were also part of their respective country delegations.

KATHMANDU, Feb 25: A senior aide of Bangladeshi Prime Minister Sheikh Hasina has said that both Nepal and Bangladesh need to... Read More...