KATHMANDU, Feb 21: Nepal Army organized a special ceremony to observe the Nepal Army and Maha Shivaratri festival at Tudikhel in the heart of the capital on Friday. 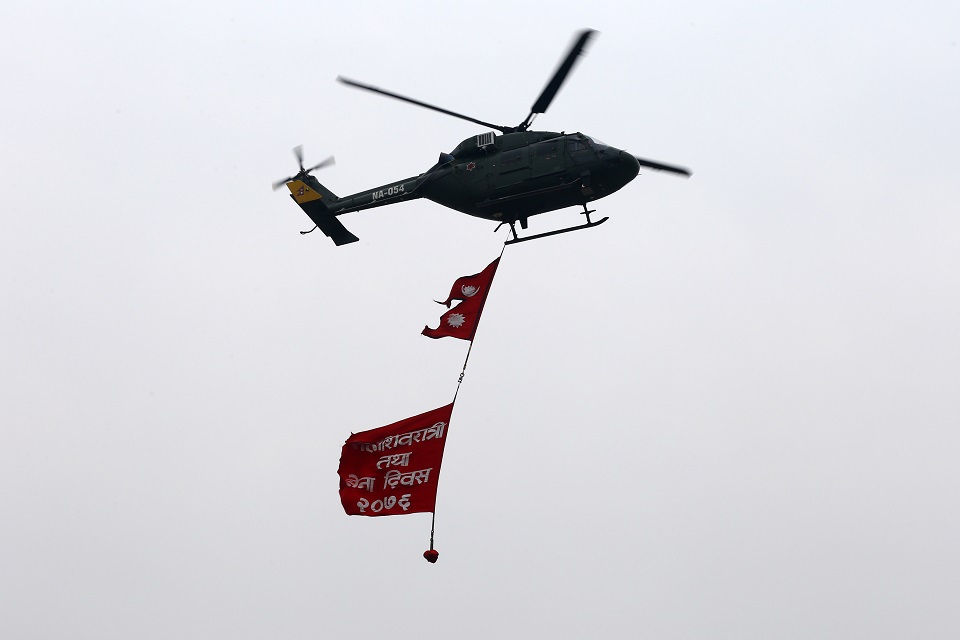 President Bidya Devi Bhandari, who is also the supreme commander of the Nepal Army, paid homage to the martyrs at the "Bir Smarat". 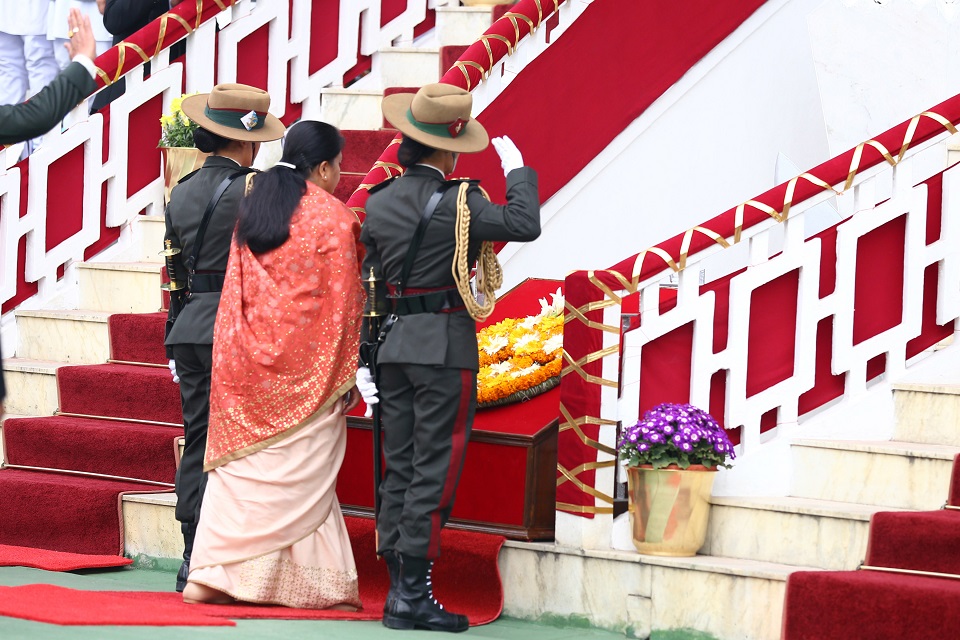 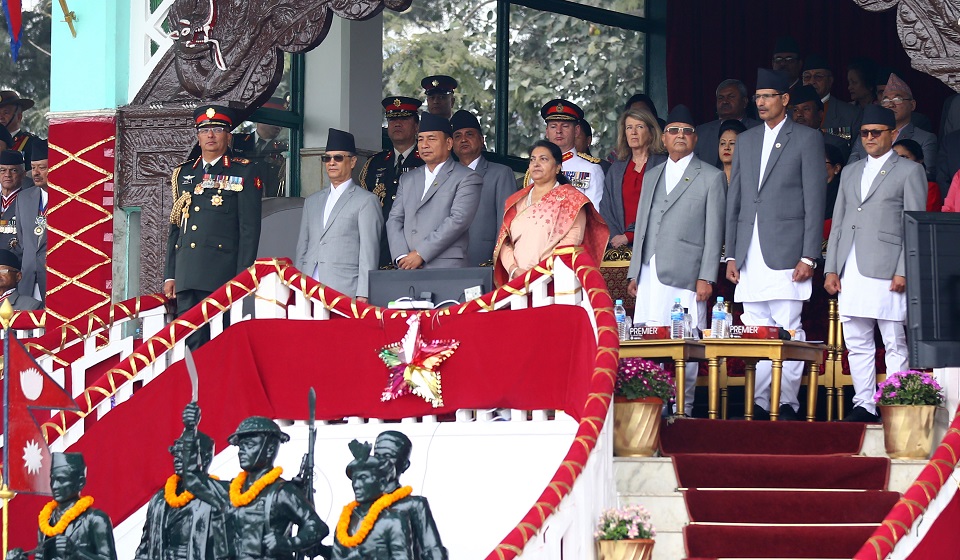 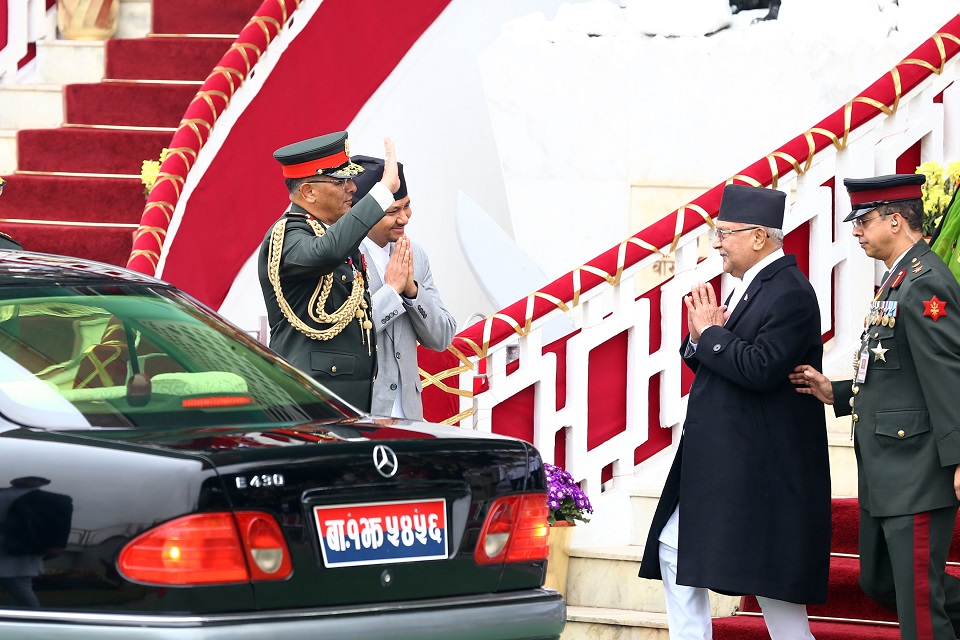 Nepal Army personnel demonstrated celebratory firing from rifles and canons, March past, military skills and drills during the program.

The signifying banner of Army Day 2076 and showering of flowers were displayed by Nepali Army helicopters.

Every year, the Nepali Army observes the 'Army Day' on the auspicious occasion of Maha ShivaRatri, the Hindu festival. 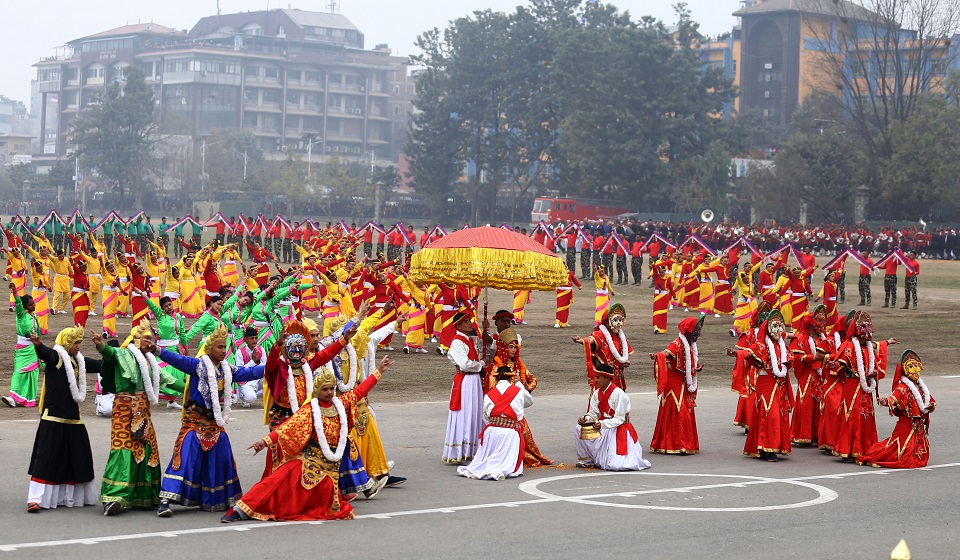 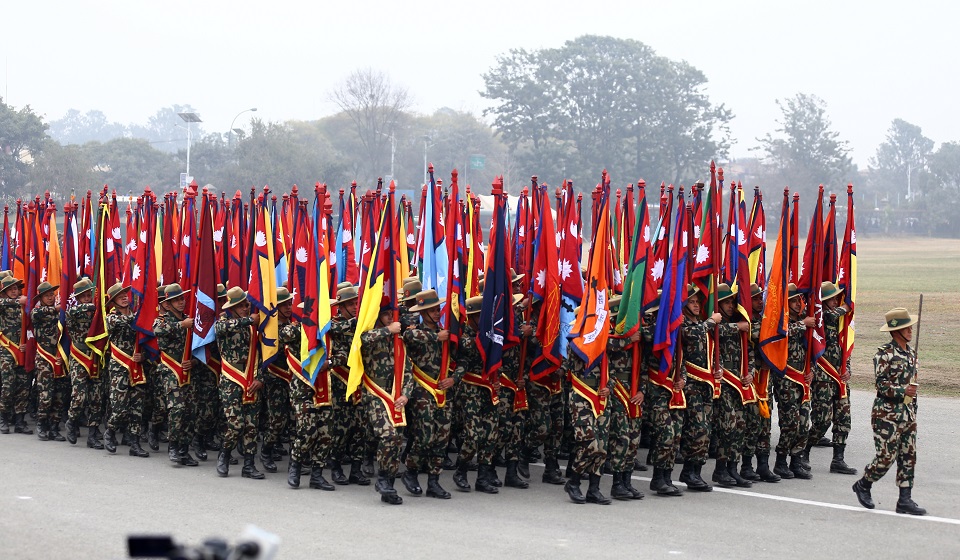 KATHMANDU, March 2: Nepal Army will be observing "Maha Shivaratri and Army Day-2075" on Monday amid a special function at... Read More...

Four-day walk from KTM to Sindhuli: Laborers have to travel long
6 hours ago

Amid COVID-19 fears, MoHP all set to begin RDT and PCR in Kailali, Kanchanpur and Baglung
13 hours ago