Neglected for giving birth to a baby girl 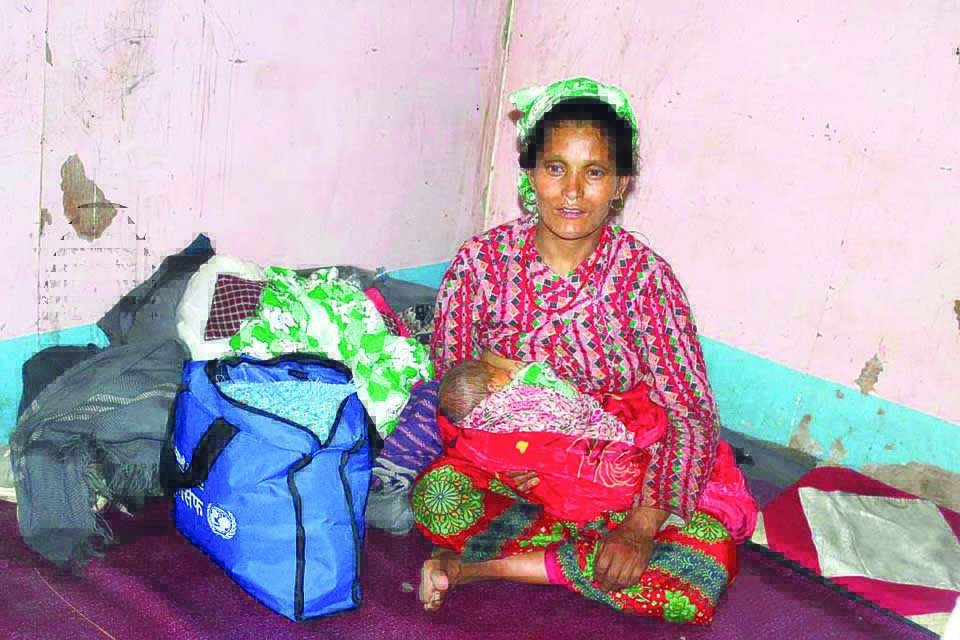 If there is something our society as a whole must fight together it is this. The tendency of the parents to give preference to boys over girls, the traditional mindset that sees daughter as a liability for the parents only until her marriage and the mindset that only sons bring honor and prosperity to the family. This dangerous and discriminatory thinking has led to rampant sex-selective abortion in the cities and villages. With abortion services easily available, and with as easy access to the technology of identifying the sex of the fetus, more girls are being aborted before they are born. And even if they are born, they suffer neglect from the family and even society. It may not be so in urban settings and among educated families but the girls are still taken as a burden and both girls and their mothers are treated with extreme neglect in some cases—mothers for giving births to girls and girls for being girls. This is what happened in Jumla recently.

The incident concerns Putali Mahatara, 35, the resident of Patarasi Rural Municipality of Jumla district. She gave birth to a baby girl at Karnali Academy of Health Sciences. But upon learning that it was a baby girl, her husband left them there, uncared and unattended, at a time when she needed his support and care the most. She struggled alone. After discharge from the hospital, she approached the houses along the way to be allowed to rest. No one helped her. She finally took refuge on the premises of Karnali Library before somebody took her back to the KAHS’ emergency ward for postpartum care. According to the rights activists of Karnali, Putali Mahatara is one among many other women who have to suffer utter neglect from the family when they give births to baby girls. This is something we must all worry about and work to ensure that such cases will never recur.

With years of struggles for equality, Nepal has made some progress in ensuring gender equality and women representation in political and bureaucratic spheres. Politically, we have ensured the representation of women in the parliament and local governments. And the nation has found first female president, first female speaker and the first female chief justice as well. But as the incidents of Jumla show changes on the top do not always help improve the situation on the ground. For us to avoid the kind of situation in Jumla, there should be coordinated efforts from the grassroots level itself, especially from the rural areas, to uphold the dignity of women and girls. We need to mainstream such stories in the national debate. We need to mobilize local leaders and raise advocacy and spread awareness that women and girls are actually sustaining our family structure. As long as society as a whole rises to stand for the dignity of girls and women, many Putalis will become the victims of neglect in the days to come.

By taking existing structures and processes to their logical extremes, artificial intelligence (AI) is forcing us to confront the kind of... Read More...