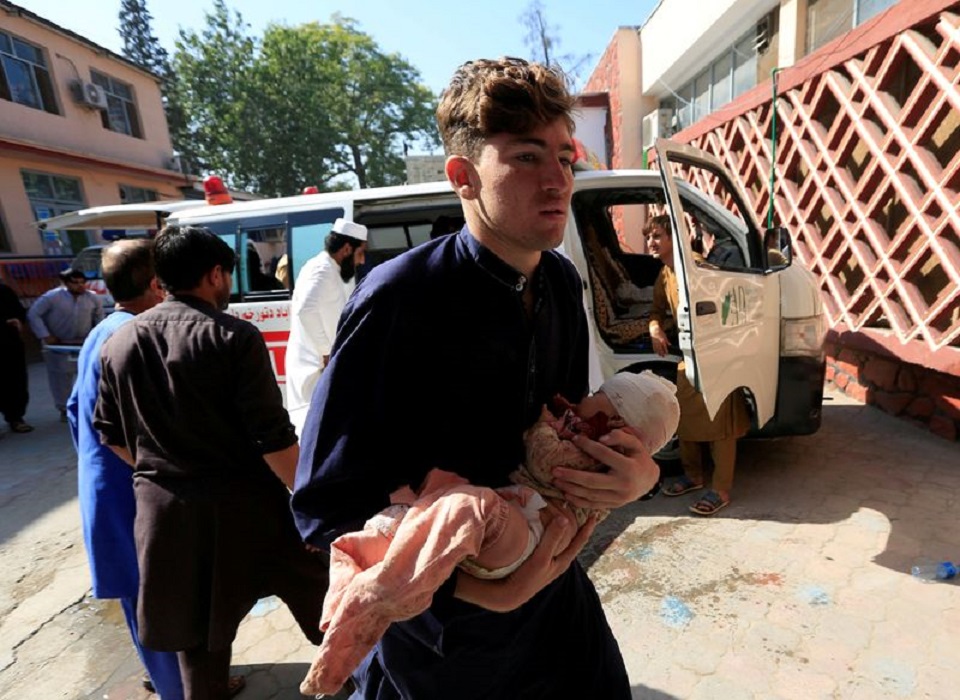 FILE PHOTO: A man carries an injured child at a hospital after a truck bomb blast, in Jalalabad, Afghanistan October 3, 2020. REUTERS/Parwiz/File Photo

KABUL, Oct 27: Nearly 6,000 Afghan civilians were killed or wounded in the first nine months of the year as heavy fighting between government forces and Taliban insurgents rages on despite efforts to find peace, the United Nations said on Tuesday.

From January to September, there were 5,939 civilian casualties in the fighting - 2,117 people killed and 3,822 wounded, the U.N. Assistance Mission in Afghanistan (UNAMA) said in a report.

“High levels of violence continue with a devastating impact on civilians, with Afghanistan remaining among the deadliest places in the world to be a civilian,” the mission said in a quarterly report.

Civilian casualties were 30% lower than in the same period last year but UNAMA said violence has failed to slow since the beginning of talks between government negotiators and the Taliban that began in the Qatari capital of Doha last month.

Most of the remainder came in crossfire, or were caused by Islamic State militants or “undetermined” anti-government or pro-government elements, it said.

Ground fighting caused the most casualties followed by suicide and roadside bomb attacks, targeted killings by the Taliban and air strikes by Afghan troops, the U.N. mission said.

Fighting has sharply increased in several parts of the country in recent weeks while government negotiators and the Taliban have failed to make progress in the peace talks.

Casualties among combatants on both sides have also been high, officials have said.

The talks in Doha are aimed at ending 19 years of conflict since U.S.-backed forces, supported by U.S. air strikes, ousted the Taliban in the weeks after the Sept. 11, 2001, attacks on the United States.

ISTANBUL, March 3: Afghanistan has given $1 million to the main U.N. program for Palestinian refugees. ... Read More...