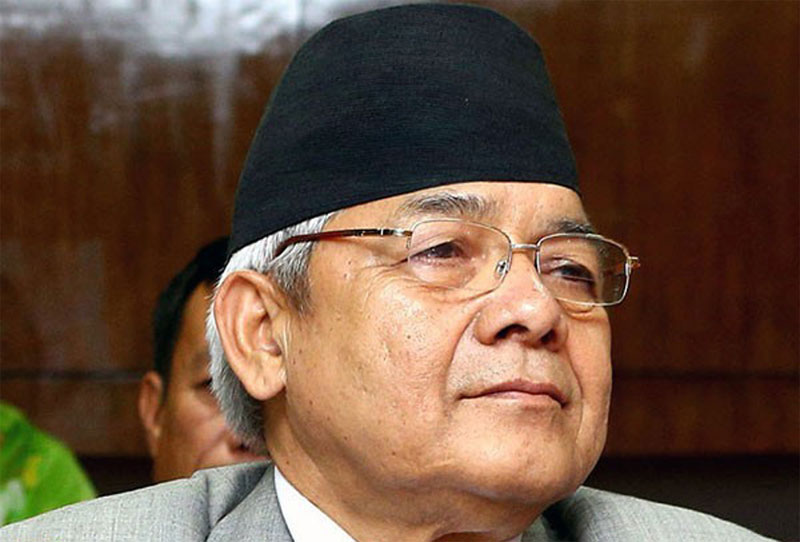 Gautam, who lost the parliamentary election in 2017, has expressed his desire to become prime minister. The party had asked Gautam to contest the recently held upper house elections but Gautam declined the proposal saying he would contest the election only if the party agrees to amend the constitution to clear the way for him to lead the government.

At Saturday’s meeting of the NCP secretariat, the party’s executive chairman Pushpa Kamal Dahal had proposed party leaders to nominate Gautam to the upper house.

The task force is led by former prime minister and senior party leader Madhav Kumar Nepal. Former speaker Subas Nembang and another leader Khimlal Devkota have been named as members of the task force.

“Although I have not received a formal letter about the formation of the task force, party chairman has informed that a task force has been formed to amend the constitution,” said Devkota.

Although the upper house election has already concluded earlier this month, one upper house member position which will be filled by the president, is becoming vacant on March 3 after the term of existing member and finance minister Yuba Raj Khatiwada expires.

Gautam was defeated by Nepali Congress leader Sanjay Gautam in the parliamentary election of 2017.

Shortly after asking the party leaders to nominate Gautam to the upper house and the formation of the task force, Dahal had called on President Bidya Bhandari and briefed her on his party’s plans.

KATHMANDU, Feb 26: Under pressure from all quarters, the ruling Nepal Communist Party is likely to shelve its plan to... Read More...