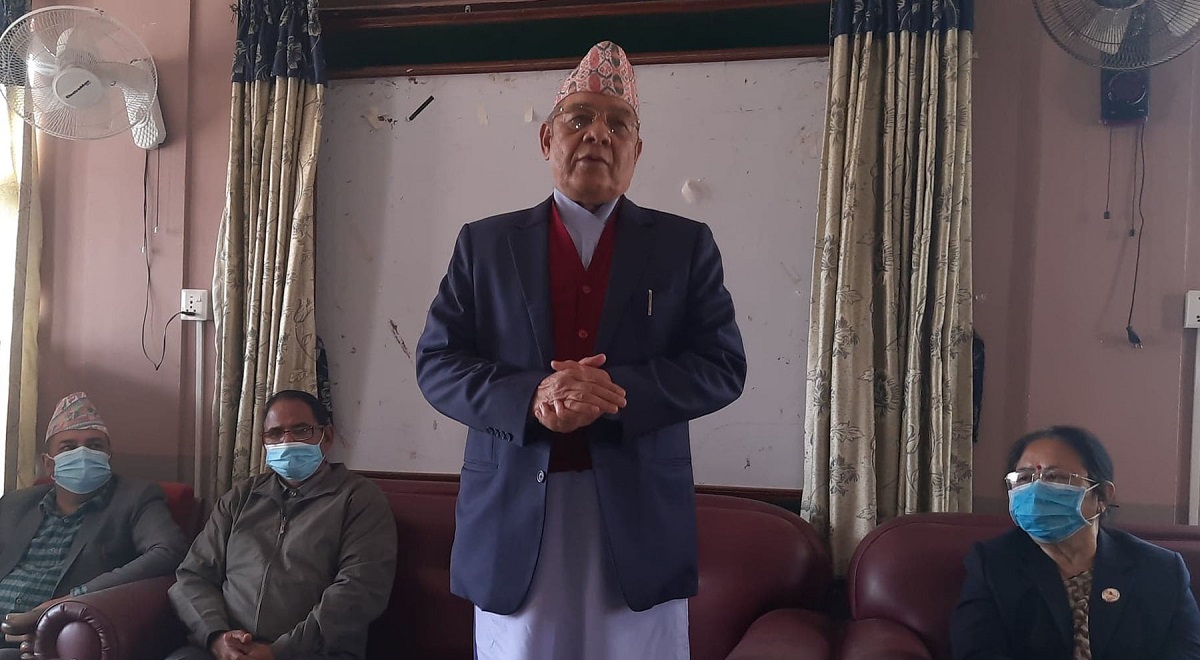 KATHMANDU, Nov 21: Vice-chairman of the ruling Nepal Communist Party (NCP), Bamdev Gautam has said that the party will not split though the party has been facing intraparty rifts in recent days.

Addressing a program organized by Tulsipur Sub-metropolitan City in Dang on Saturday, Gautam said that he is making endeavors to resolve the internal conflict in the party.

“I do not belong to any faction as I am against factionism,” he said, adding that the party will not witness a division as he is constantly making efforts to keep party unity intact.

On the occasion, he stated that the rift in the party has further worsened due to the lack of resolution of the disputed issues on time.

Vice-chairman Gautam also said that the meeting of the party Secretariat, Standing Committee and Central Working Committee will take place based on the agendas set by the chairmen duo – Prime Minister KP Sharma Oli and Pushpa Kamal Dahal.

The remarks of Vice-Chairman Gautam come at a time when the relations between the party’s Chairman K P Oli, who is also the prime minister, and Executive Chairman Pushpa Kamal Dahal have hit an all-time low after Dahal unilaterally introduced a political paper in the Secretariat meeting last Wednesday. The next meeting of the Secretariat is scheduled for November 28 after Prime Minister Oli sought 10 days time to respond to the allegations made against him.

Party insiders say the move of two chairmen to present separate political papers in the party committee meeting could mark the beginning of the split of the NCP. Second-rung leaders within the ruling NCP have been making a series of unsuccessful attempts to convince Dahal to withdraw his political paper from the Secretariat meeting.

There are a total of nine members in the NCP’s Secretariat. While Oli has the support of Ishwar Pokharel, Ram Bahadur Thapa, and Bishnu Paudel, Executive Chairman Dahal is backed by senior leader Madhav Kumar Nepal, Narayan Kaji Shrestha, and Jhala Nath Khanal. The recent decision of Vice-Chairman Gautam to support Dahal has put the rival faction in the party in the majority, thus enabling Dahal to introduce a separate political paper in the Secretariat.

Party insiders say a decision by Gautam to support Oli again could put the Dahal faction in minority, changing the entire power equation within the party again.

Speaking further, he expressed his confidence that the disputes seen in the party in recent days will help the party become more lively and stronger.

On a different note, he underscored that the government should act according to the party’s election manifesto to steer the country toward the path of prosperity.

KATHMANDU, March 8: A standing committee meeting of the erstwhile Dahal-Nepal faction of the Nepal Communist Party which was originally... Read More...