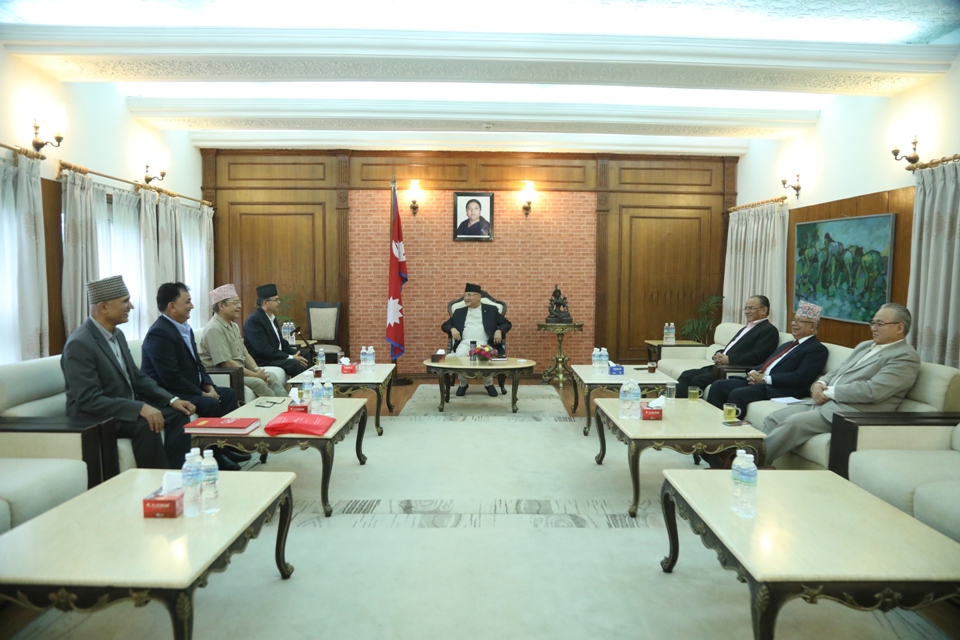 KATHMANDU, Aug 26: A secretariat meeting of the ruling Nepal Communist Party held on Monday has instructed its party leaders and cadres not to comment or criticize party leaders publicly.

The meeting held at party headquarters Dhumbarahi, however, urged the party members to express their reservations in the party's internal meetings, if any.

According to spokesperson Shrestha, the secretariat meeting also inter-changed the responsibilities in district committees, sister wings, and different departments.

The next meeting is scheduled for 1PM on Monday ... Read More...

KATHMANDU, Dec 13: The secretariat meeting of the ruling Nepal Communist Party scheduled for today has been postponed until December... Read More...