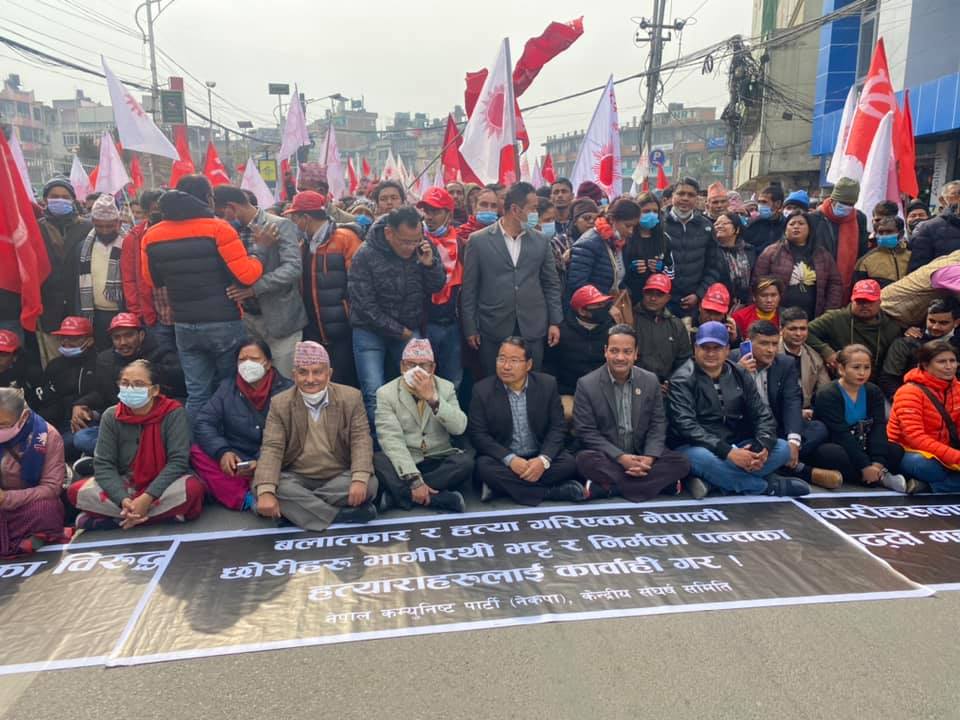 KATHMANDU, Feb 10: Ahead of its massive gathering scheduled to be held today afternoon against the government's act of dissolving parliament, the Dahal-Nepal faction of the ruling Nepal Communist Party (NCP) is now taking out protest rallies from various places of the Kathmandu Valley including Pulchowk, Maitighar, Keshar Mahal, Jamal and Tripureshwar. 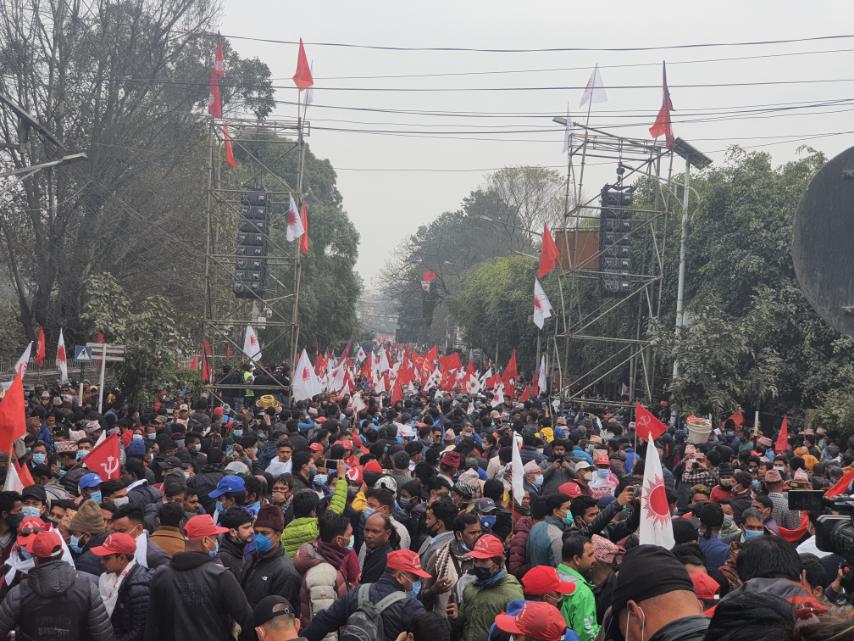 Earlier, the party faction claimed that around 200,000 people would take part in the mass gathering.

The Dahal-Nepal faction of the NCP announced another round of protest for Wednesday “in a bid to present its strong differences against the unconstitutional dissolution of the House of Representatives (HoR)” on December 20 last year. 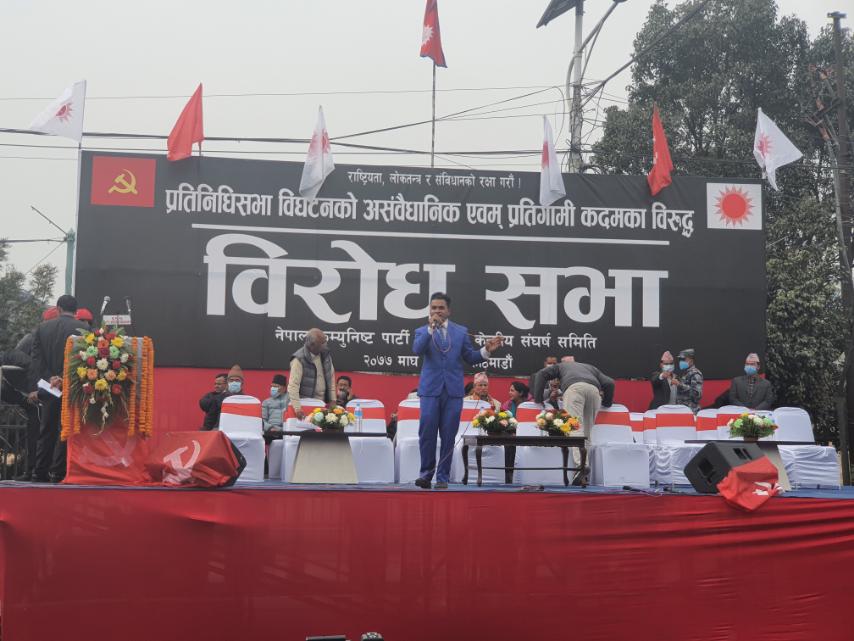 As the Dahal-Nepal faction of NCP is staging the mass gathering in the capital, vehicular movement in central Kathmandu has been largely disrupted on Wednesday.

Millions will be forced to picket Singha Durbar and Baluwatar if PM Oli does not correct his mistakes: Dahal

KATHMANDU, Feb 10: In a veiled threat to use force to meet their demands, co-chairperson of the Dahal-Nepal faction of... Read More...