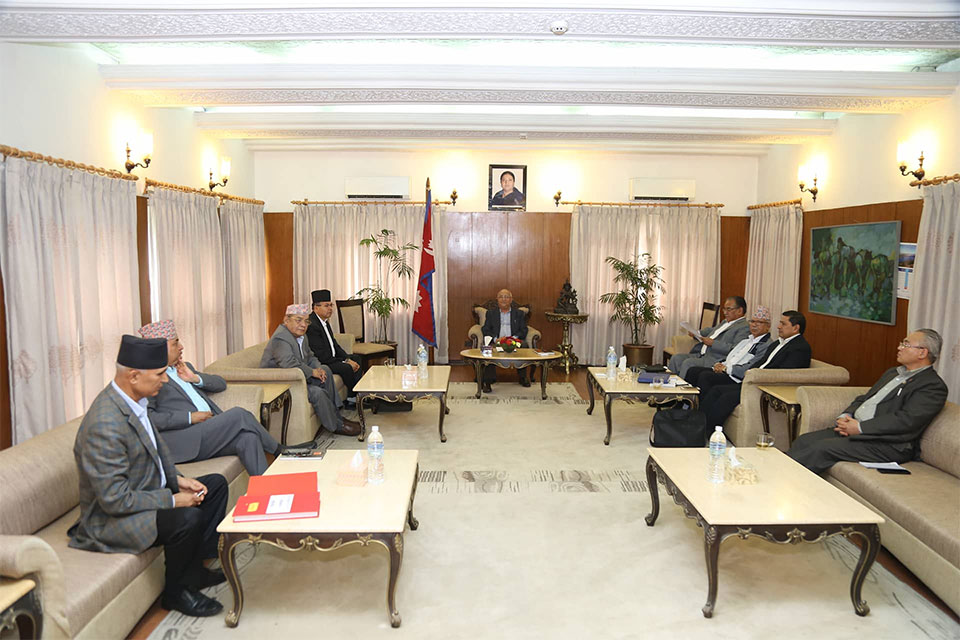 KATHMANDU, July 11: The Nepal Communist Party (NCP) has endorsed the regulations of the party on Wednesday.

The secretariat meeting to be held tomorrow will devise work-plans to forge unity among class-based organizations, said Shrestha.

A task force comprising leaders Bamdev Gautam, Ram Bahadur Thapa and Bishnu Poudel who prepared the final draft of the regulations based on the feedback given by the Standing Committee meeting, had  submitted its report to the party leadership.

The NCP was formed following the unification between the then CPN-UML and the then CPN (Maoist Center) on May 17.

It may be noted here that the NCP had announced that it will complete the merger of the two parties' provincial committees, the district committees, Nepali migrants' organizations abroad and the people's class organizations within three months of the party unification.

KATHMANDU, July 28: The top brass of the ruling Nepal Communist Party (NCP) has been struggling to figure out a... Read More...