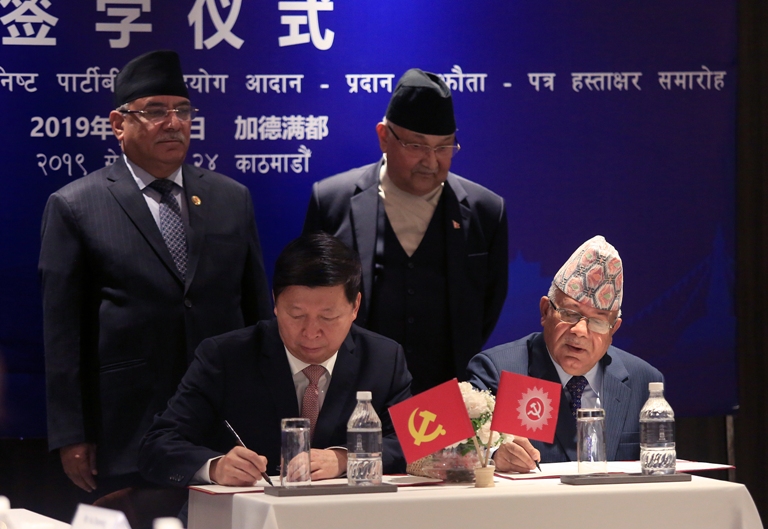 With this, the two ruling communist parties of Nepal and China have officially established their sisterly relationship, according to NCP leaders. 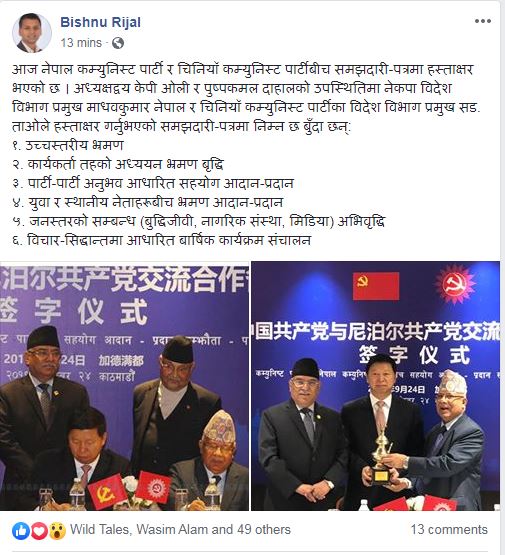 The deal aims to promote political exchanges between the two communist parties at various levels including youth organizations, according to party leaders.

According to the deal, the two parties will jointly hold ideological seminars and interaction programs. 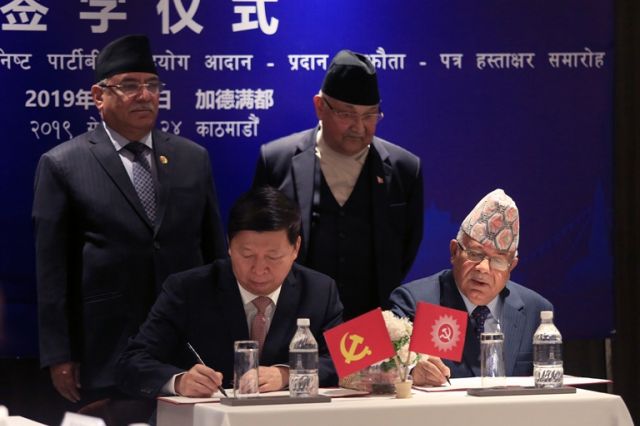 The two communist parties also vowed to further deepen their cooperation. The signing of the MoU comes just a few weeks before Chinese President Xi Jinping’s expected visit to Nepal.

A two-day closed-door symposium between the ruling NCP and CPC on how the NCP should move ahead in terms of ideology, party organization and development model also concluded in Kathmandu on Tuesday. 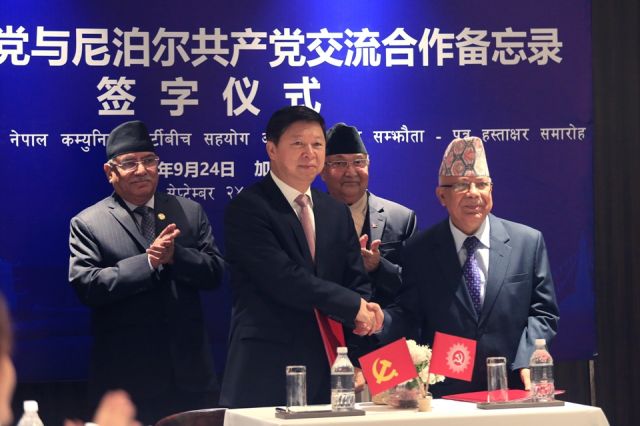 The interaction focused on Chinese President Xi Jinping's thought on comprehensive enforcement of party discipline and joint bid for building the Belt and Road Initiative (BRI). The interaction was organized for the first time in the history of the two communist parties. 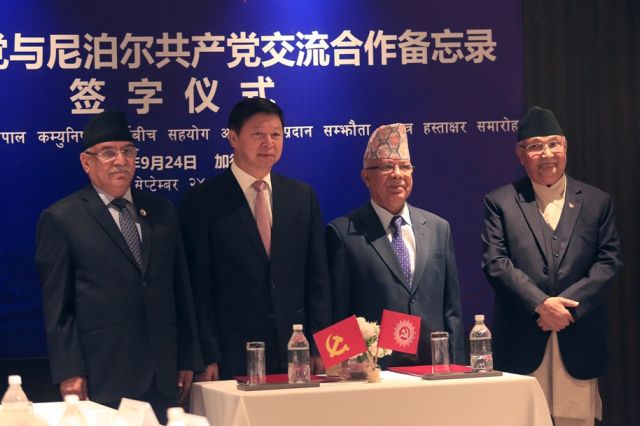 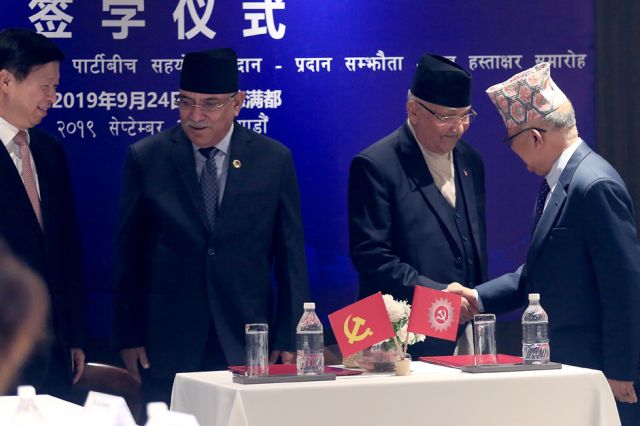 Qin Gang of CPC's Central Party School gave orientation to party cadres on the comprehensive deepening of reform whereas Shi Yu Long of National Development and Reform Commission presented his views on a joint bid for building BRI and community future of mankind.

The leaders said Chinese leaders shared Chinese President Xi's views on maintaining discipline in party rank and file and implementation of the BRI for benefits of both the countries.