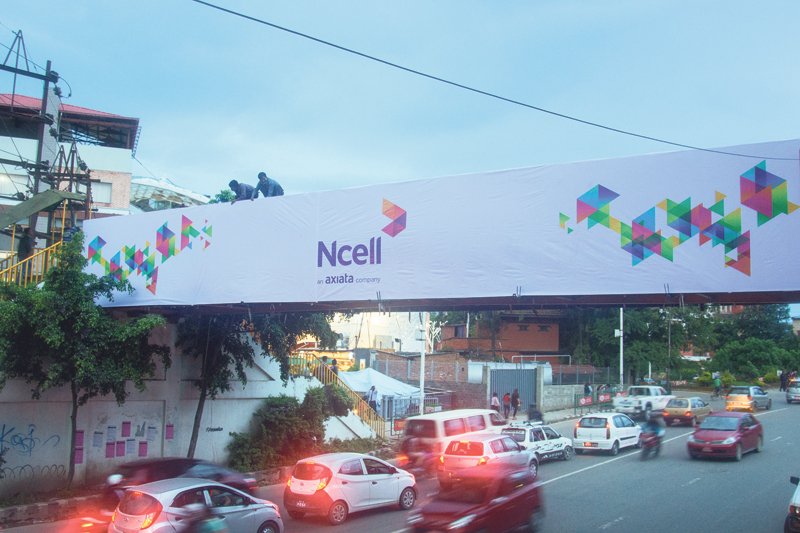 KATHMANDU, Aug 16: Ncell has unveiled its new brand logo, incorporating the name of Axiata within the logo itself.

The text inside the new logo reads 'Ncell, an Axiata Company'.

Axiata is the sole investor in Reynolds Holdings, which holds 80 percent shares of Ncell, a statement issued by the GSM operator said. The rebranding marks the beginning of an exciting new chapter for the company, the statement added.

“Ncell is more than just a mobile network provider. We are a responsible corporate citizen of Nepal, and committed to work closely with the government in the country's ambition to achieve socio-economic prosperity,” Simon Perkins, managing director of Ncell said, adding: “We are delighted to have the support of Axiata -- one of Asia's leading telecommunication groups, which is at the forefront of digital and technological developments in our sector and who comes to Nepal with an impeccable, pan-Asia track-record.”

Along with the unveiling of the new brand logo, Ncell is launching a new festive campaign, offering on net 50 minutes talk time and 500 SMS to all its customers. The campaign, which will begin on Tuesday, will continue till August 30.