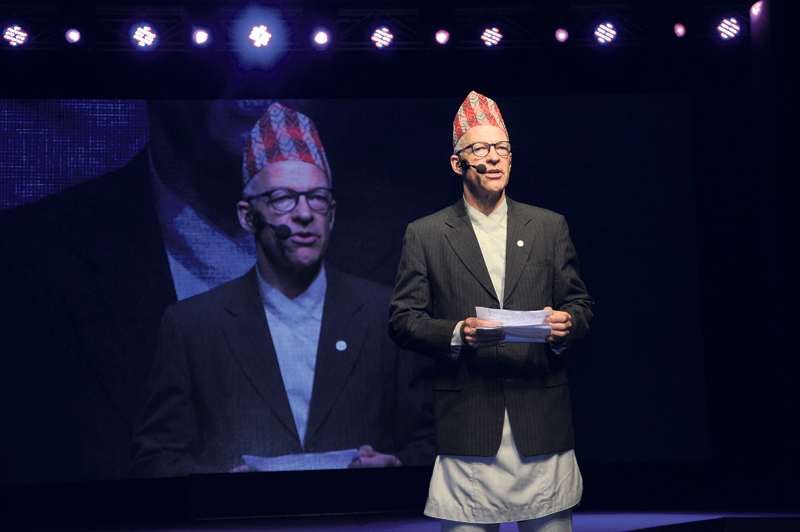 With 80 percent shares, Axiata is the largest investor of Reynolds Holdings which owns Ncell.

Speaking at the program, Perkins said that the rebranding marks a new exciting journey, in which Ncell remains committed for affordability and inspiring innovation. "We are committed over the long-term, to invest and contribute to Nepal's development by building quality networks and bringing connectivity to people in the remotest areas of Nepal," he said, expressing commitment to work closely with the government to achieve socio-economic prosperity.

Ncell, couple of months ago, announced plan to invest Rs 12 billion for the remaining months of 2016. In addition to that, Perkins said Ncell will be investing Rs 70 billion in capital expenditure and operating expenses over the next two years to deliver exceptional performance for its loyal Nepali customers.

Similarly, Wijayasuriya said that the rebranding marks strong union between Axiata's international expertise and Ncell's local heritage. "As one of Asia's leading telecommunication groups, which is at the forefront of digital and technological developments in our sector, Axiata comes to Nepal with an impeccable pan-Asia track-record," he said, adding that Axiata's vision of Advancing Asia brings together the best in connectivity, technology, and talent. "And I am confident this association will further contribute to the betterment of the community."

According to a statement issued by Ncell, Axiata has been operating for the long-term in South Asia with over 20 years of established presence in Sri Lanka and Bangladesh, as well as investments in Pakistan and India. “Known for its commitment to corporate governance and compliance, Axiata has been on one of the largest taxpayers in the countries where the Group operates,” it added.

Ncell has around 14 million subscribers. It is the largest tax payer of the country. The company has been creating direct and indirect employment opportunities to about 40,000 people. Ncell has invested Rs 74 billion on building mobile communications infrastructure and has created fixed assets worth Rs 85 billion in the country, according to the statement.

KATHMANDU, Aug 16: Ncell has unveiled its new brand logo, incorporating the name of Axiata within the logo itself. ... Read More...