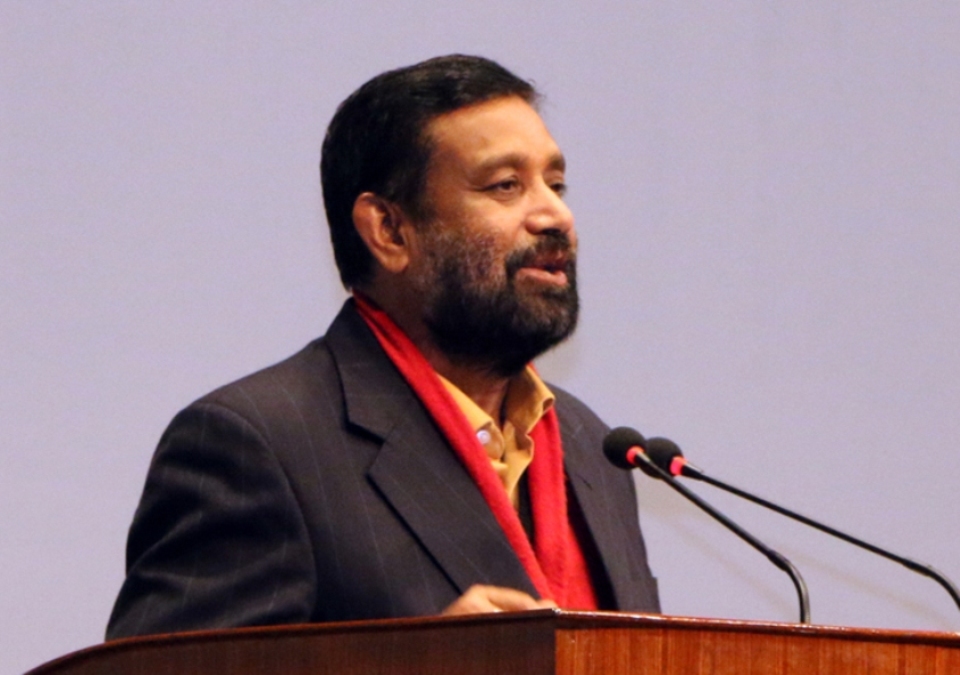 KATHMANDU, Sept 5: At a time when a section of leaders within the Nepali Congress including its general secretary Dr Shashank Koirala has been advocating for declaring Nepal a Hindu state, Nepali Congress (NC) Vice President Bimalendra Nidhi has dismissed the idea.

Vice President Nidhi, who was flanked by other senior leaders including General Secretary Dr Koirala during a press conference held at the party’s headquarters in Sanepa on Thursday, said NC took the leadership role to promulgate a secular constitution and cannot go against the spirit of the same constitution. ‘Nepali Congress is committed to the provision of the constitution that states Nepal will remain a secular state,” he said.

Nidhi said although some leaders in the party have been advocating for the restoration of a Hindu state, NC as a party will not go against secular state. “Nepali Congress flag has four stars. One of the four stars stands for religious freedom,” he said.

Arguing that the Prajatantra i.e. democracy has been renamed as Loktantra as an improved form, Nidhi said secularism is an improved term for religious freedom.

Nidhi’s remark comes at a time when a large number of NC Central Working Committee members are lobbying for the restoration of a Hindu state. Many within the party even speculate that those lobbying for Hindu state could secure sizeable mandate in the upcoming general convention of the party.

During the press conference, NC informed that it plans to launch its second phase of awareness campaign starting September 10. The campaign will conclude on September 24 by organizing awareness rallies in all districts.

The NC has given 15 various reasons for its decision to organize the awareness campaign. These include strengthening party’s organizational bases, interacting with the people to learn about the concerns and grievances, mobilizing civil society to safeguard the achievements made through historic democratic movement, and exposing corruption and irregularities of the government.

Protest against various draconian laws including those related to the media being formulated by the government will also be part of the awareness campaign.

KATHMANDU, Nov 22: A senior leader of the main opposition party, Nepali Congress (NC), has objected seriously to preparations by the... Read More...

No factionalism in NC, Nidhi claims

DANG, Sept. 29: Nepali Congress vice president Bimalendra Nidhi has claimed that there was no factionalism in the party. ... Read More...

Over 100,000 Pfizer vaccines to arrive in Nepal on Monday
2 hours ago