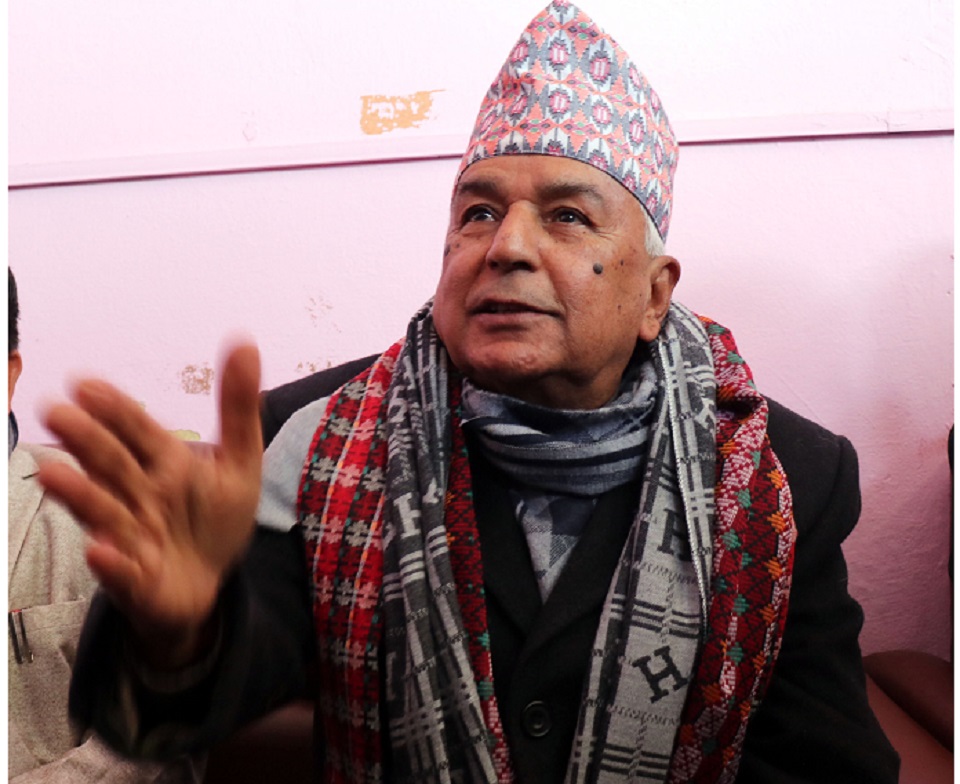 TANAHU, Dec 28: Senior leader of the Nepali Congress Ram Chandra Poudel said on Monday that he is upbeat about the revival of the House of Representatives (HoR).

Poudel said that the HoR should be reinstated to save the country from plunging into a constitutional and political crisis.

"The constitution has no provision of House dissolution. President, the guardian of the constitution, has also backed the wrong move of the government," he said.

VIDEO: Prez is not only a witness but also a partner in crime committed by PM Oli: NC leader Thapa