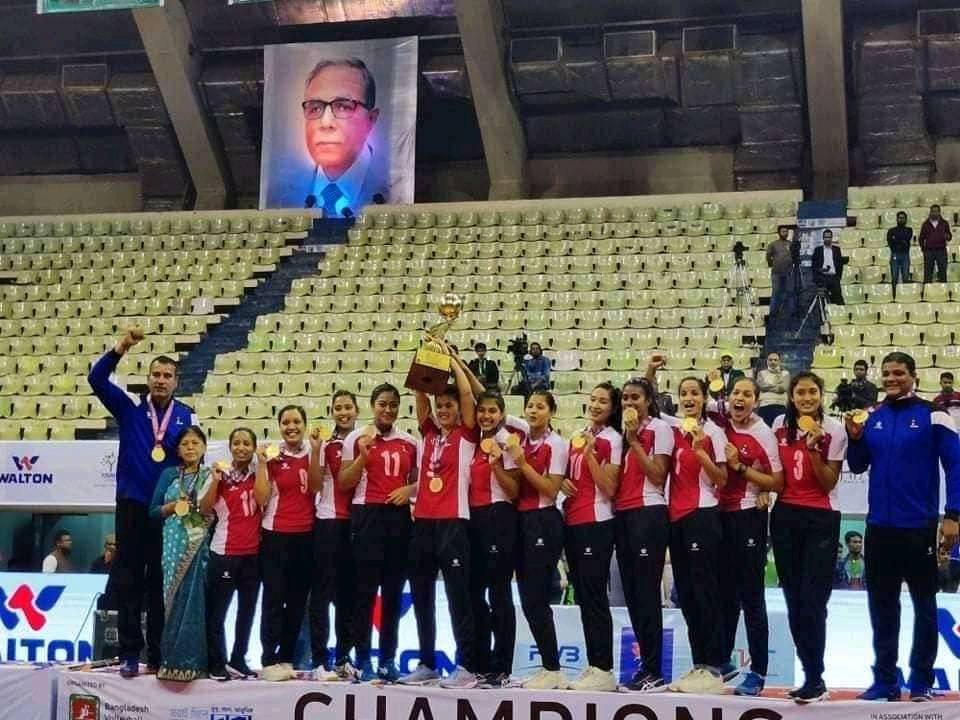 Minister for Youth and Sports, Maheshwor Jung Gahatraj, and Nepal Volleyball Association Chair Manoranjan Raman Sharma, among others, reached the Tribhuvan International Airport (TIA) to welcome the team returning home with a historic achievement. The team was welcomed amidst the playing of music.

Nepal won the championship by defeating Uzbekistan in the final held in Bangladesh of Dhaka on Tuesday.

This is the second straight victory of Nepal in the Championship as it bagged the title of 2019 Championship held in Bangladesh by beating the Maldives.

In the men’s category of AVC, Central Zone, Nepal finished the race in fourth position. Nepal lost the match for the second-runner up to Uzbekistan. The men’s volleyball team also returned home today.

Pakistan’s historic win against India in the World Cup

POKHARA, Aug 30: Nepal re-wrote history winning a silver medal after 20 years in its first participation in paragliding at the... Read More...