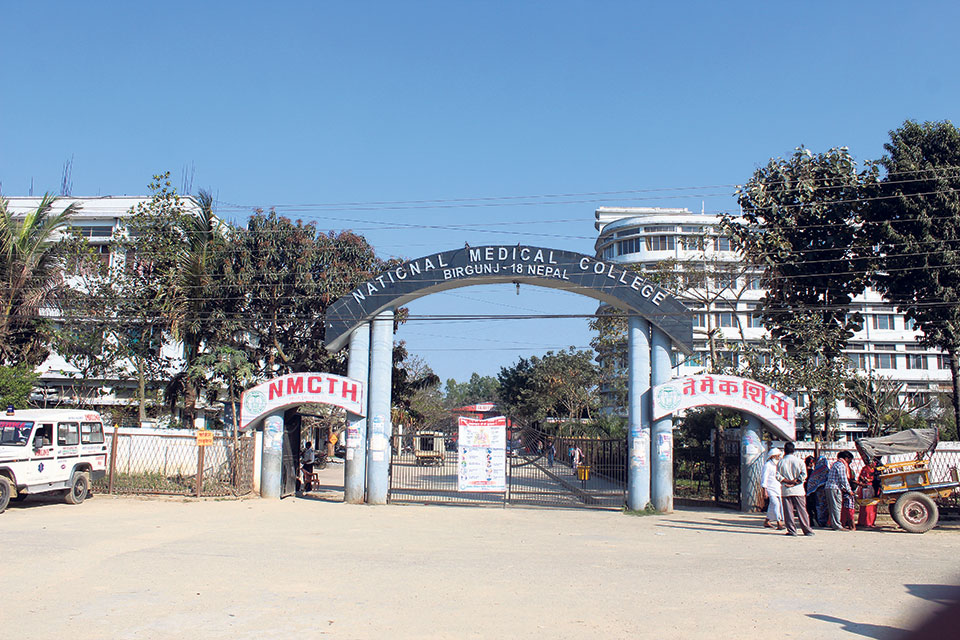 Authorities from the college however claim that they are paying more than the necessary amount. “I have already paid the amount of Rs 49.4 million decided by the metropolitan city,” Managing Director of the college Mohammad Basaruddin said, claiming that the amount was about Rs 20 million more than the actual amount he should have paid and that he was pressured by the authorities to pay up the larger sum.

On June 17, Managing Director Basaruddin handed a bank check of Rs 35.9 million as integrated property tax of the college till fiscal year 2017/18, asking the metropolitan city for a receipt.

The sum was paid deducting an amount of Rs 12.9 million submitted to BMC on February 15, 2015 and Rs 631,000 paid on July 23, 2015, as part of the total sum decided by the metropolitan city. The previous amounts were paid to the then officials of the former sub-metropolitan city, who settled for lower amounts. There were no elected people’s representatives then.

According to the evaluation projected by then Birgunj Sub-metropolitan City on March 24, 2014, Rs 81.1 million was still left to be paid by the college as integrated property tax.

Adding an annual tax of Rs 9.7 million determined by the ‘taxpayer’s property evaluation and tax allocation details’,  the taxes amount of Rs 90.8 million up to fiscal year 2013/14. But the college only submitted Rs 12.9 million to then chief executive officer of the city Bishnu Prasad Koirala in 2014.

Only 13 percent of the total remaining amount was paid in 2015 to then CEO Koirala and then chief administrative officer Ram Dayal Yadav without the consent of the Inland Revenue Department. After a dispute arose, they walked away claiming that they had only collected an advance on the total due.

After Mayor of BMC Bijay Sarawagi, Deputy Mayor Shanti Karki and Chief Administrative Officer (CAO) Bhisma Kumar Bhusal made a collective effort at tax re-evaluation, the college was slapped Rs 103.8 million in taxes according to its services.

Initiating the re-evaluation process, a committee was formed under the coordination of Deputy Mayor Karki. CAO Bhusal and Chief of Inland Revenue Division Ram Dayal Yadav were members of the committee. “After the college requested a re-evaluation as per the House and Land Act 2019, we started an inspection as provided for in the same act,” Yadav said, “We determined a new amount after the re-evaluation.”

The amount was determined on the basis of  details forwarded by the college that it consisted of 32 building  covering 415,000 square feet of land. The committee determined an amount of Rs. 33.1 million as house and land tax and Rs. 16.3 million as integrated property tax, which is Rs. 54.4 million less than the previously assessed tax.