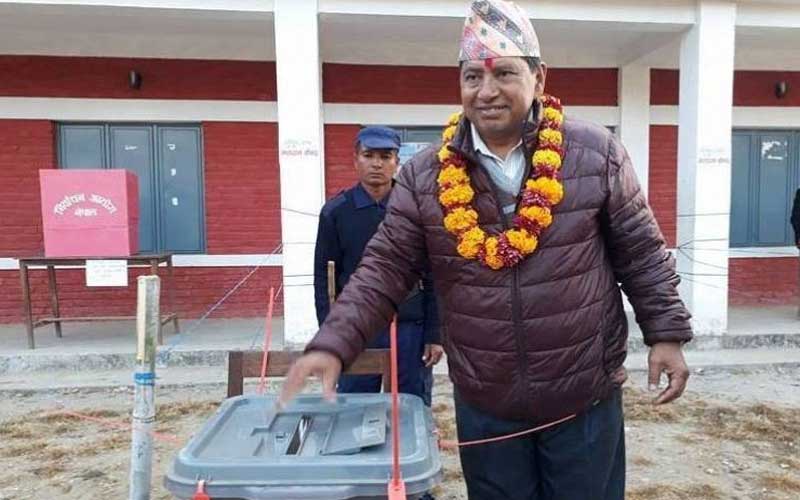 GORKHA, Oct 23: CPN (Maoist Centre) leader Narayankaji Shrestha who is contesting the election to the House of Representatives from the Gorkha 2 against Naya Shakti Party coordinator Dr Baburam Bhattarai has said the country would not see progress and prosperity under the leadership of Bhattarai.

"Gorkha 2 is a stronghold of the leftist revolutionaries, has a good organization and the recently forged leftist alliance has sent a positive vibe among the cadres, boosting up their confidence- level," he said while speaking at a press meet at the district headquarters today. These all are clear indicators that his party or he is winning the election, he added.
The CPN (UML) and CPN (Maoist Centre) have agreed not only for the electoral alliance but for the party unification, according to him.

He took the time to claim that he would be successful in transforming the district into a 'model zone' through the appropriate management and utilization of tourism and education sectors and herbs available in the district.

"We decided to include the Naya Shakti in the leftist alliance, but he had to quit it later due to his own attitude and nature," leader Shrestha claimed, refuting the rumor that he was responsible for the Naya Shakti's departure from the alliance.