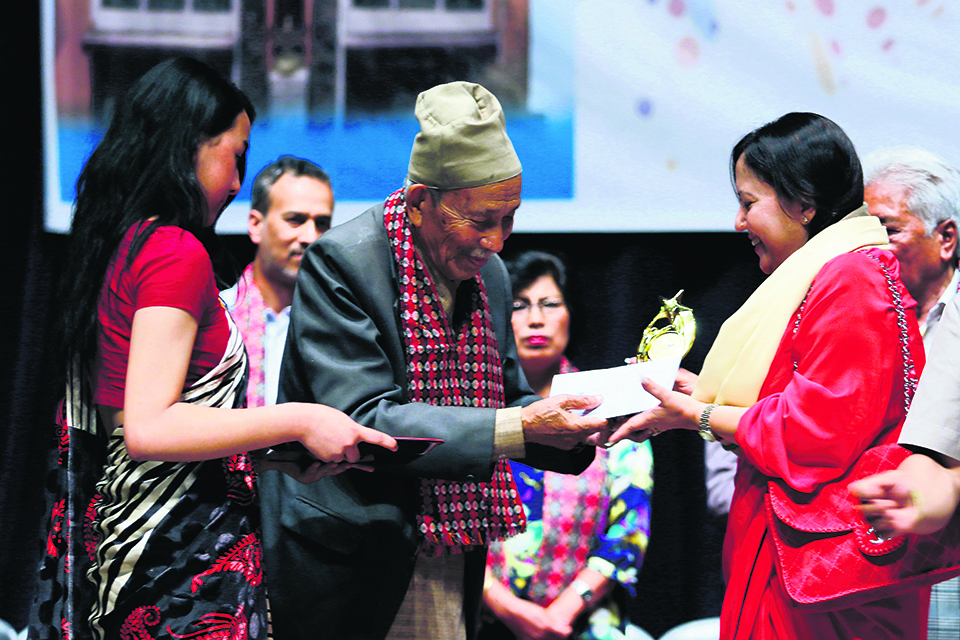 KATHMANDU, May 10: Kalanidhi Indira Sangeet Mahavidyalaya has felicitated various artists and Nagarik daily for their contribution to the field of art, music and songs.

Organizing a function in the capital on Thursday to mark its 56th founding anniversary, the Mahavidyalaya felicitated Director of Nepal Republic Media, Shova Gyawali, with Upendra- Gopal Krishna Devi, Padam Krishna-Baba Kumari Kalanidhi Sangeet Samman, for making both direct and indirect contribution to the promotion of songs and music through the news.

Govt in a rush to inaugurate Dharahara
4 hours ago