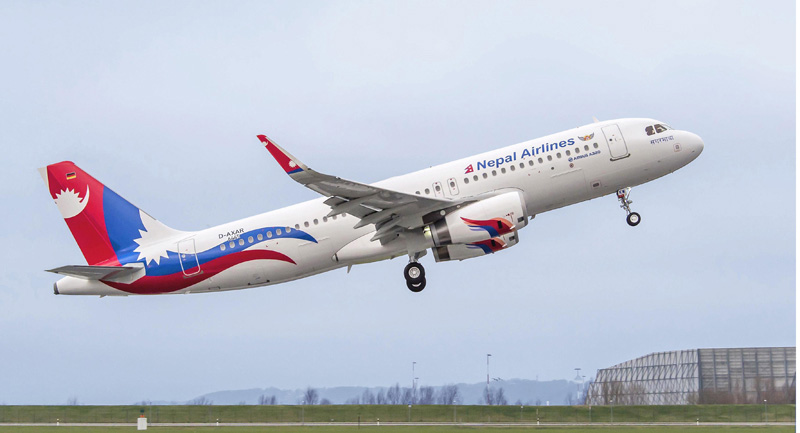 KATHMANDU, Jan 5: Nepal Airlines Corporation (NAC), the national flag carrier, is planning to launch flights between Nepal and South Korea after it recently received ‘take off and landing’ permission from a major South Korean airport. Incheon International Airport of South Korea has allowed NAC to take off and land on every Sunday and Wednesday.

So far, no Nepali airline has made regular flights to Korea.

Corporate Director and Spokesperson for NAC, Ram Hari Sharma told Republica Online that as per the slot provided by Incheon, NAC will start flying to and from South Korea sometime in October this year.

NAC will be using its wide-body Airbus of the series of A330-200 having capacity of 250 to 280 seats for its flight to and from South Korea.

“Our flight will take off every Sunday and Wednesday at 7:20 pm from Kathmandu to Korea. It will return at 7:15 am local time,” Sharma said, “The plane will land at Incheon International Airport after 6 hours of direct flight from Kathmandu.”

NAC has made business plans to fly from Kathmandu to Seoul and from Seoul to Tokyo. “NAC will prove a good connecting flight for those traveling to the western parts of the US from Seoul and Tokyo,” said Sharma, “Those returning to Nepal from those parts will also find it easy.”

India and Nepal have decided to move ahead, says Indian External Affairs Minister
34 minutes ago

Alluding to India, China says its relationship with Nepal will not impact third party
2 hours ago
Disability rights during Covid-19 crisis
12 hours ago