NA members debate on MCC, other issues of public concern (with video)


KATHMANDU, Jan 19: Members of National Assembly (NA) on Sunday were involved in a heated debate on Millennium Challenge Corporation (MCC) and other issues of public concern.

Addressing the Special Hour, lawmaker Rajkumar Kunwar warned that the US Army would enter Nepal via the project and capture uranium in Mustang if it is passed. If the sources available in the country are properly utilized, Nepal need not beg for help from others, he added.

He demanded that the government must address the issues concerning conflict victims and family members of the martyrs.

Another lawmaker from the ruling NCP Komal Oli also said that all the political parties and top leaders had not shown reservation on MCC and the government also failed to bring forth clear view which has resulted in confusion among people. "American Embassy in Kathmandu however clarified it that MCC is not linked to any military alliance," she added. Watch video 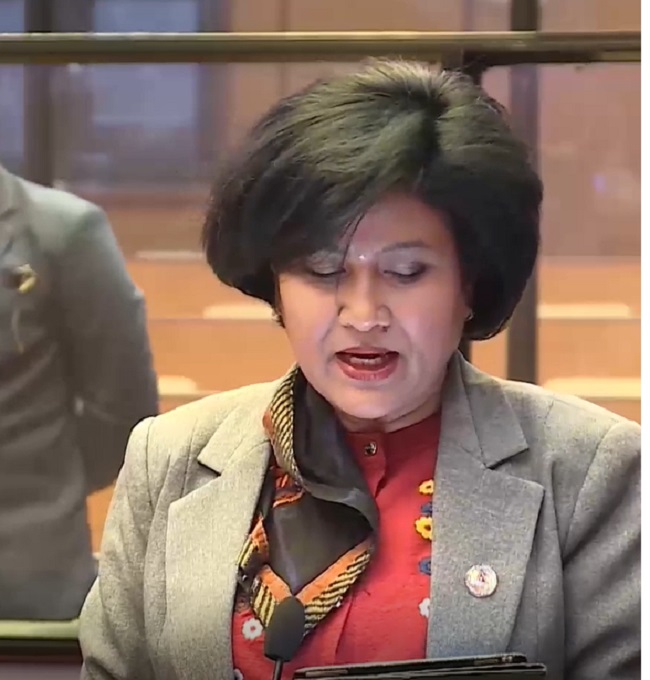 Similarly, MP Ramesh Jung Rayamajhi raised his question over conducting every government activity from Baluwatar, the residence of Prime Minister although there is Singha Durbar for administrative works. Lawmaker Pramila Kumari, on the other hand, urged the government to withdraw cases filed against those involved in Madhes movement.

Likewise, another NA member Dr Bimala Rai Poudel stressed the need to end anomalies from the federal parliament secretariat. Mukta Kumari Yadav insisted that criminal activities have been conducted in cahoots with the administration time and again. Parliamentarian Chakra Prasad Snehi expressed his concerns over sluggish works along Koteshwor-Jadibuti tunnel and Manohara Corridor. He called for the positive intervention of the government for such stalled development works.

Likewise, Ram Narayan Bidari expressed his serious concern over the encroachment of Tundikhel that stretches from Tripureshwor to Rani Pokhari area. He said that some portion of Tundikhel's land is under the Nepal Army while some has been captured by the contractors. He drew the attention of the government to bring the area in its original form.

"Common public should have access to Tundikhel. Those involved in its encroachments should be brought to book. The government shouldn't be hesitant about this."

The next meeting of the National Assembly is slated for Monday at 1 pm.

MCC does not have military component, says FM Gyawali

KATHMANDU, Sept 11: The main opposition party Nepali Congress has urged the government to declare the state of emergency in... Read More...