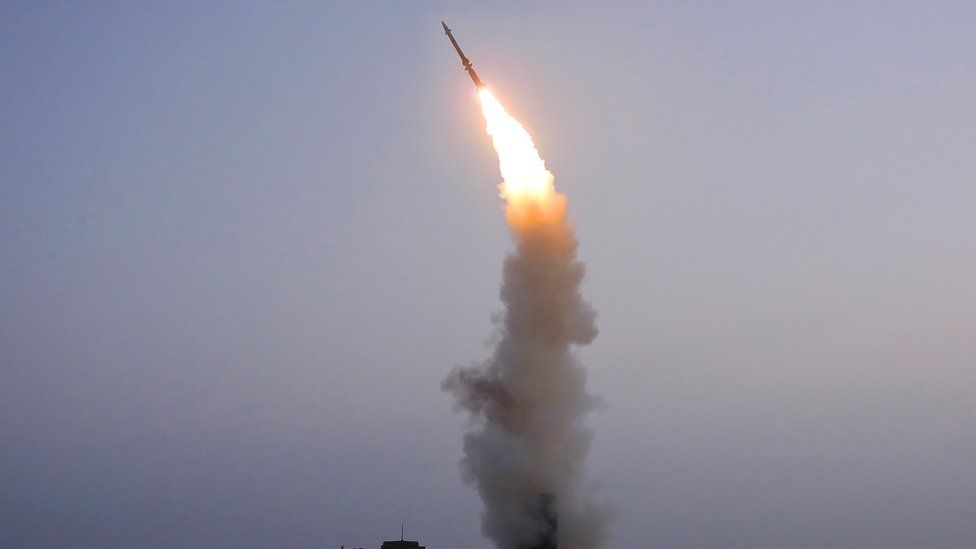 It was North Korea's second known weapons test this week after launching a previously unseen hypersonic missile on Tuesday. It has also fired ballistic missiles, and a cruise missile with potential nuclear capabilities, in recent weeks. read more

The tests highlighted how North Korea has been steadily developing increasingly sophisticated weapons, raising the stakes for efforts to press it to give up its nuclear and missile programmes in return for U.S. sanctions relief.

The Academy of Defence Science, a military weapons developer, said the test was aimed at confirming the practical functionality of the missile's launcher, radar, comprehensive battle command vehicle and combat performance, according to the official KCNA news agency.

It added the missile has new key technologies such as twin rudder control and double impulse flight engine.

North Korean leader Kim Jong Un appears to have not attended the test, which was instead overseen by Pak Jong Chon, a member of the ruling Workers' Party's powerful politburo and Central Committee.

"The remarkable combat performance of the new-type anti-aircraft missile with features of rapid responsiveness and guidance accuracy of missile control system as well as the substantial increase in the distance of downing air targets has been verified," KCNA said, citing the academy.

Pyongyang has in recent weeks argued that its weapons tests are intended to boost self-defence capabilities just as others do, accusing the United States and South Korea of "double standards" and "hostile policy" toward it.

On Wednesday, Kim said he has no reasons to attack South Korea and is willing to reopen severed inter-Korean hotlines next month. But it slammed U.S. President Joe Biden's administration for using "more cunning ways and methods" in pursuing hostile policy while proposing dialogue. read more

Analysts say the North's carrot-and-stick approach is aimed at securing international recognition as a nuclear weapons state and drive a wedge between the two allies, with an eye on South Korean President Moon Jae-in's desire for a diplomatic legacy before his term ends in May.

The Biden administration has said it has no hostile intent toward North Korea and has called on Pyongyang to accept its offers of talks to break an impasse over denuclearisation negotiations. read more