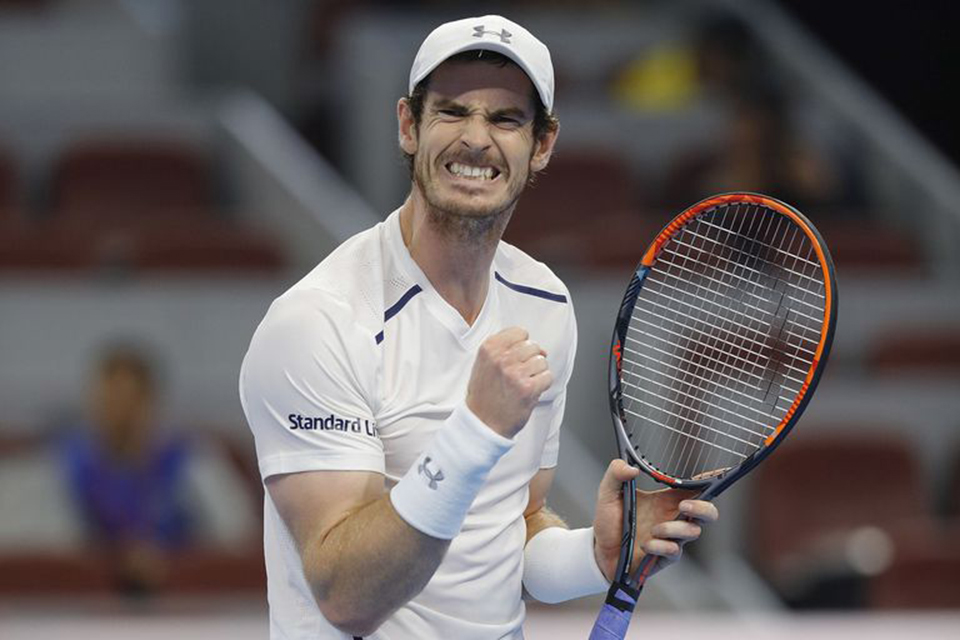 LONDON, Aug 2:  Former world number one Andy Murray took another big step in his comeback from hip surgery by beating fellow Brit Kyle Edmund 7-6(4) 1-6 6-4 in the second round of the Citi Open on Wednesday. The 31-year-old Scot blasted a backhand cross-court return winner on match point to end the two-and-a-half hour contest and dispatch the fourth seed.

Top seed Alexander Zverev won 82 percent of his first serves in his rain-interrupted match that started on Tuesday against Malek Jaziri en route to a 6-2 6-1 win over the Tunisian.

Third seed David Goffin survived a scare from France’s Pierre-Hugues Herbert but hung on for a 6-2 1-6 7-6(5) win while Japan’s Kei Nishikori sent Donald Young packing for the second year in a row, beating the American 6-3 6-4.

Earlier on Wednesday, Nick Kyrgios withdrew from the tournament with a hip injury, another setback in the Australian’s buildup to the U.S. Open.

Edmund and Murray were on serve to start the match before trading breaks to set up a first-set tiebreaker, which Murray won when his backhand return caught the line in a call confirmed by video review.Edmund, who had defeated Murray in straight sets in the second round at Eastbourne in June, fought back in the second set, cutting down on his errors and breaking Murray twice to set up a decider.

Edmund saved two break points at 4-3 to get back on serve but nerves appeared to get to the 23-year-old as sent a forehand long before committing his seventh double fault to bring up match point.

Next up for Murray is a third-round battle with Marius Copil on Thursday. Murray won their only previous meeting last year in straight sets.

Murray, who has added the China Open to his schedule in October as he continues his return from hip surgery earlier this year, said his body was being put through the wringer at the hardcourt tournament.

“I feel better than I did during the grasscourt season, which is positive,” said Murray, who played three matches in late June but withdrew from Wimbledon as it came too early in his recovery process.

“So things are still getting better and I’ve lasted fairly well through two long matches here on a tough surface on the body.

“Hopefully I can keep healing up from the matches and feeling better.”

Also in the second round, Denis Shapovalov fired his 15th ace on match point to complete a 3-6 6-1 6-4 victory over Russia’s Daniil Medvedev.

Medvedev led 4-1 in the third set but 19-year-old Canadian Shapovalov was able to turn it around behind his booming left-handed serve and punishing ground strokes.

Jared Donaldson had to halt the third set of his match against Stefanos Tsitsipas to receive treatment on his right hip and, after failing to convert two match points, fell 3-6 6-3 7-5 to the Greek.

There was more injury woe for Australian Kyrgios, who had hurt his hip a week earlier in Atlanta.

The fifth seed made the trip to Washington hoping to be fit, only to pull out of his opening match against compatriot James Duckworth. The world number 17 is scheduled to play tournaments in Toronto and Cincinnati before the U.S. Open, which begins on Aug. 27.

Jason Kubler was awarded Kyrgios’s spot in the draw but the lucky loser was unable to take advantage, falling 1-6 6-2 7-6(5) to Duckworth.

The summer rain storms that have plagued the tournament all week returned on Wednesday, pushing the second-round match between second seed John Isner and fellow American Noah Rubin to Thursday and forcing several other matches to be suspended.

KATHMANDU, June 1: The number of Indian tourists visiting Nepal has seen a sharp rise after the recent visit of Indian... Read More...

Lending rates less likely to come down until Q2

KATHMANDU, August 9: While banks have observed growth in their deposit volume in recent weeks, bankers say that the skyrocketing... Read More...

NEPALGUNJ, Sept 13: Cygnett Inn Krishna is all set to come into operation from Thursday, marking the opening of the first... Read More...