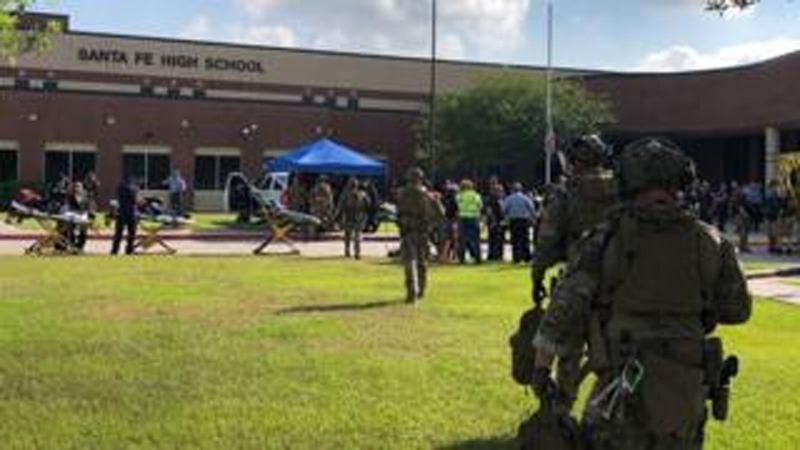 Texas, May 18: Multiple fatalities are being reported in a shooting at a Texas high school, which is on lockdown.

One person is in custody in relation to the attack at the Santa Fe High School, about 40 miles (65 km) south of Houston, according to school officials.

The school district has confirmed people were injured in an "active shooter" incident as classes began.

It is unclear if the attacker was a student. Police have not yet confirmed any fatalities.

News helicopters filmed students emptying their backpacks in front of armed officers in a field outside the school.

A bomb squad is currently on scene, and several helicopter ambulances have flown victims to a nearby hospital.

The sheriff of Harris County, the largest county in Texas, is at the scene and has tweeted his officers are responding to the "multiple-casualty incident".

Federal officials with the Bureau of Alcohol, Tobacco, Firearms, and Explosives (ATF) are also helping the investigation.

The story is developed with the support of BBC