Much ado about ministers for Oli govt 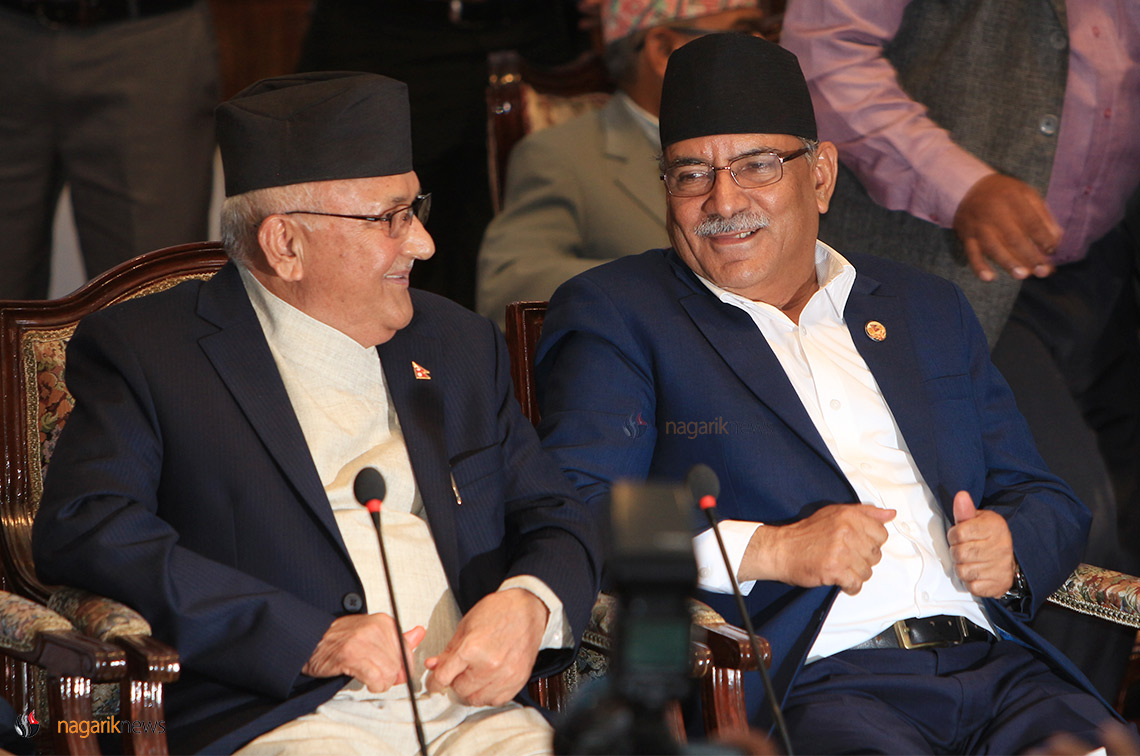 Oli was appointed as the 38th Prime Minister of Nepal on February 15. However, with almost two weeks gone, the government hasn’t been able to expand its ministries after Maoist Center became reluctant to join the government unless an agreement for party unification was reached. Last week, the UML and the MC signed a seven point guideline that has opened doors for the latter to join the government.

To support the Oli led government, the Maoist Center is holding a meeting at Pushpa Kamal Dahal’s residence in Khumaltar to finalize ministerial appointees, Pampha Bhushal, spokesperson of the party said.

Ram Bahadur Thapa is likely to lead the party into the government and potential candidates. While the Maoist Center has seven ministries to fill, there are 10 candidates vying to be a minister; Barshaman Pun, Janardan Sharma, Shakti Basnet, Pampha Bhusal, Matrika Yadav, Lekhraj Bhatta, Devendra Paudel, Agni Sapkota, Bina Magar and Jayapuri Gharti.

Ishwor Pokhrel, general secretary of UML said that there was high possibility of expanding ministries today.  In addition, the Oli led government is exploring possibility of bringing the Rastriya Janata Party Nepal and Federal Socialist Forum Nepal on board the government for political stability.

If both the Madeshi parties are to come on board, UML and MC had decided to deduct one ministry from their present numbers; 10 and 7 respectively.

Much ado about a routine

What is there for the Chinese to find substantively significant in this government that they did not see in previous... Read More...