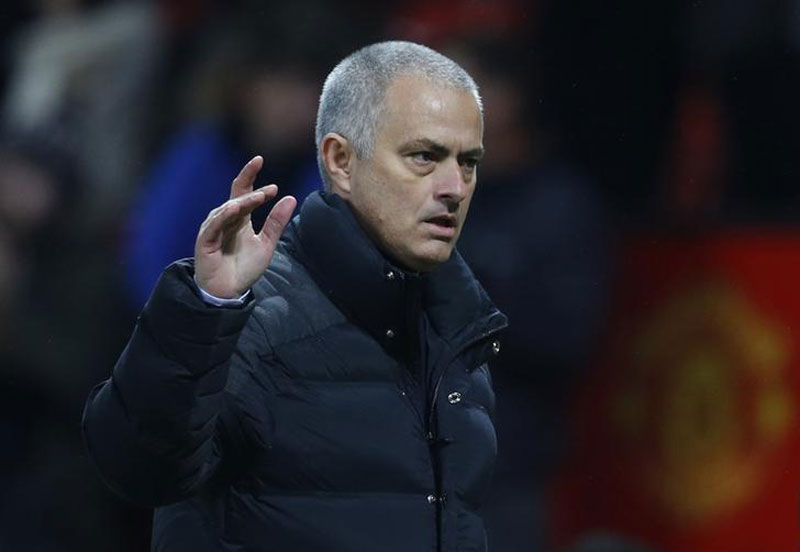 Manchester United manager Jose Mourinho complained about his team's ever-growing fixture list after their FA Cup victory over Wigan Athletic in the FA Cup on Sunday added to his problems.

United face Southampton in the League Cup final on Feb. 26, so their Premier League derby against Manchester City must rearranged and they also resume their Europa League campaign this month.

"It's absolutely nonsense and I know that applies with many other clubs. Liverpool are going to play 16 matches, Chelsea will play 16 matches... and we are in this crazy situation," Mourinho told British media.

"I think Southampton will have 15 days without football before the final and we are going to have in these 15 days two matches... so the calendar in the best country of world football is nonsense.

Mourinho said Ashley Young could leave before the transfer window closes on Tuesday.

"The only player that I am aware of a possibility to leave, and I am waiting for Jan. 31 to know what really is going on, is Young, a player that I would love to keep," he added.

United, who are sixth in the league table, host second-bottom Hull City on Wednesday.