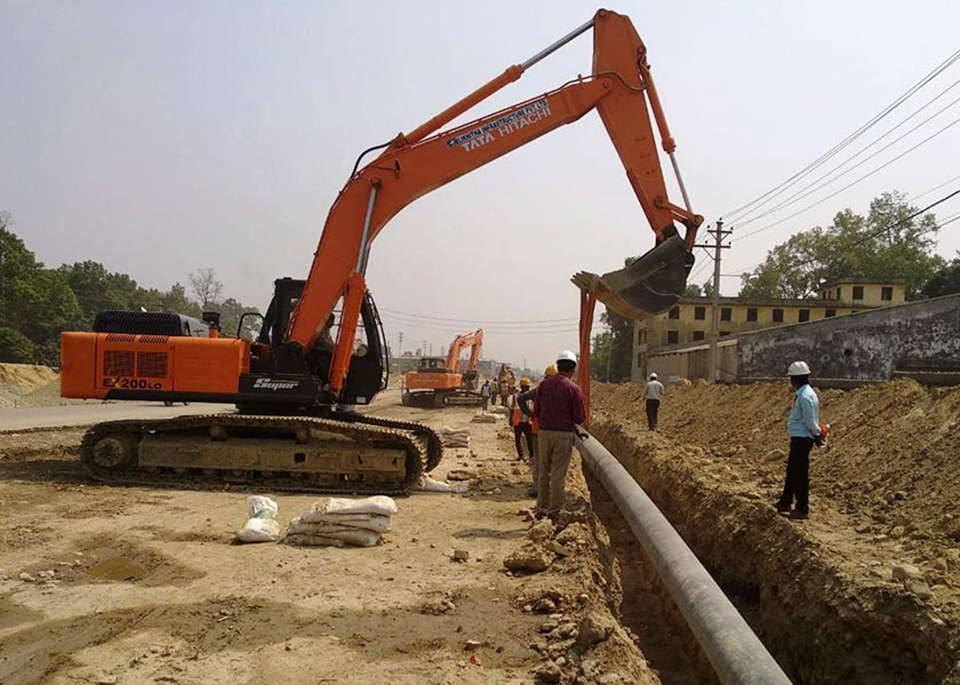 The project remains as the first cross-border project in the entire South Asia. Under the project, petroleum products will be imported to Nepal from India via the around 70 kilometers pipeline.
Of the total length of the pipeline, 32. 25 kilometers is towards Indian territory (from Raxaul to Motihari) and the 37.25 kilometers from the Indian bordering market Raxaul to Amlekhgunj of Bara.

According to the project office, Simara, works relating to the installation of pipeline are going on in full-swing. Towards Nepal side, works on a total 10-kilometer area (one kilometer from Gandak to Parwanipur and nine kilometers in Parsa National Park area) remains to be carried out.

As told by office chief Sharad Prasad Poudel, installation works on around four kilometers of area are awaited. The project costs over Indian rupees two billion of the Indian Oil Corporation and remains in the priority of both Nepal and India governments. The project targets to complete the pipe installation works by coming February.

Around 6,500 large and mature trees around 4,000 small one are needed to be cut off in the Parsa national park area. Earlier, there was a plan to supply petroleum products to Nepal from Raxual and later it was expanded up to Motihari.

In the initial phase, diesel will be supplied from Patna, the capital of Bihar state 190 kiloliters per hour for the storage at the Amlekhgunj depot and the volume will be increased to 200 kiloliters once the Motihari depot comes into operation. Supplies will include petrol and kerosene in later phase.
According to the Nepal Oil Corporation, of the total demand for diesel at home, around 60 per cent supply shall take place via the pipeline.

Presently, of the total import of petroleum products, some 50 per cent is made through the Birgunj point. The project was introduced and implemented materialising the 2004- agreement reached between the NOC and IOC. The project had started making progress with Indian Prime Minister Narendra Modi's commitments to accelerating it during his address to the Nepal's parliament (then Constituent Assembly) some five years ago.

Electricity import from India reaches around 57 percent of total demand

KATHMANDU, Feb 27: The import of electricity from India has reached 56.4 percent of the total electricity consumption with a drop... Read More...

The month since Myanmar's military coup
34 minutes ago