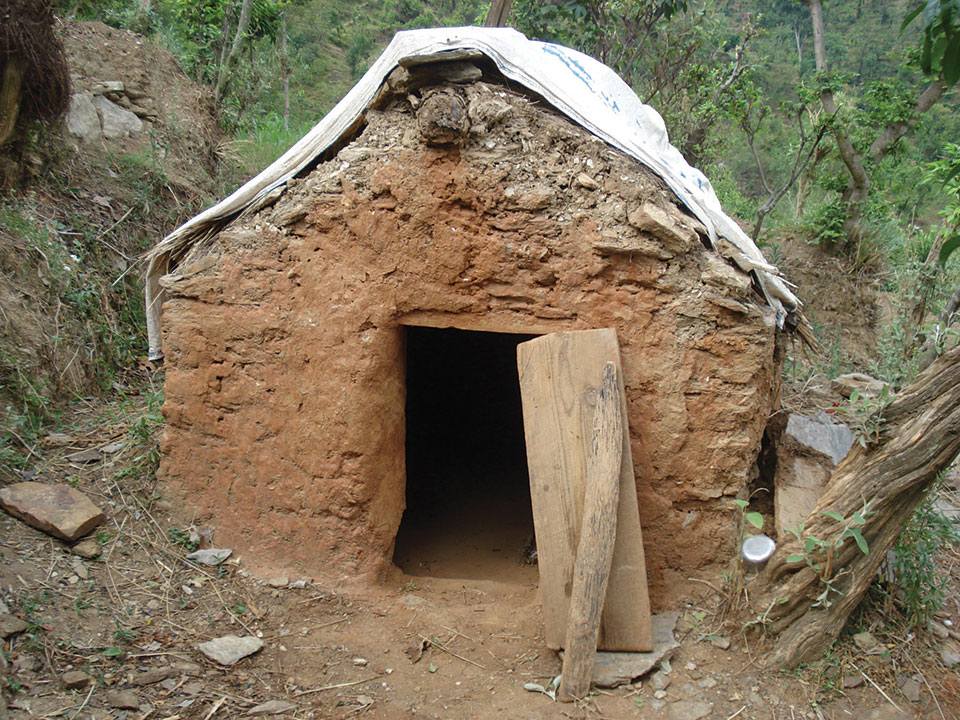 BAJURA, Jan 10: A mother and her two sons died of suffocation and burns after menstruation shed where they were sleeping caught fire on Tuesday night at Budinanda Municipality-9 of Bajura district. She had lit the fire inside the shed to keep warm before going to bed.

The victims have been identified as Amba Bohora, 35, and her two sons – Ramit, 7 and Suresh, 9.

Amba had requested her mother-in-law to allow her two children to sleep with her in the shed that night.

“It’s been four days since I’ve been sleeping in the shed. I don’t get good sleep when sleeping alone so please let the children sleep with me in the shed tonight,” she had requested.

Amba was talking with her neighbors till 9 o’clock on Tuesday night. When the cold started increasing, she lit a fire inside the shed and put her two sons to sleep.

Her mother-in-law found about the deaths only in the morning when she went to the shed to give them tea. “I called them but they didn’t open the door, which was locked from inside. So we forced open the door and saw lifeless and partly burnt bodies of the daughter-in-law and grandchildren,” recalled Bishu, 55.

Amba’s husband was in Pithoragarh of India for employment but returned home on Wednesday upon learning about the tragedy.

In midwestern and farwestern Nepal, women are banished to sheds known as ‘chhaugoth’ for four days during their menstruation period. Although illegal now, the practice is still prevalent in the region.

Son gets life in prison for raping his own mother

BHOJPUR, Sept 3: A son has been sentenced to life in prison on the charge of raping his own mother. Read More...