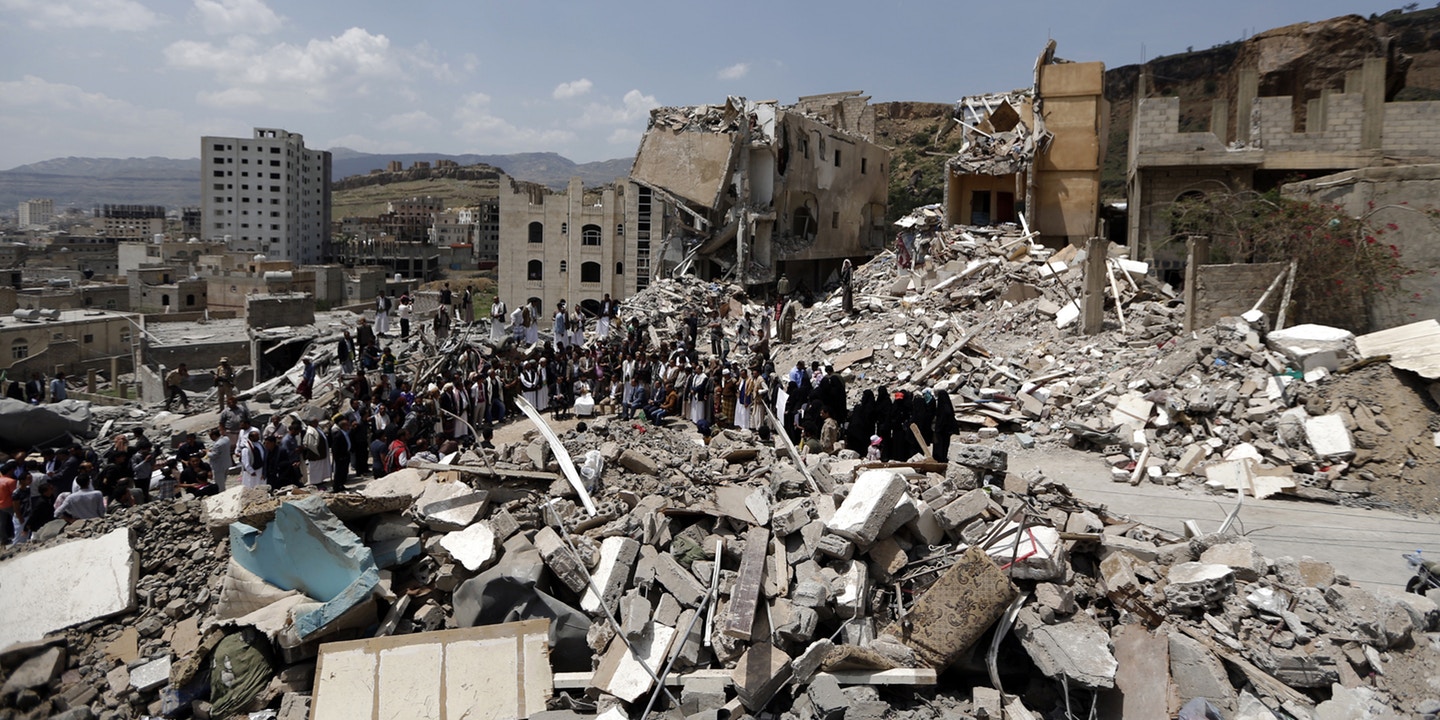 April 20: More than 70,000 people have been killed in Yemen's civil war since January 2016, according to a database tracking violence in the country, Aljazeera reported.

The figure, released by the Armed Conflict and Location Event Data Project (ACLED) on Thursday, included 10,000 people who were killed in the past five months alone.

"Lethal fighting continues across the country and has intensified in key governorates like Taiz and Hajjah," the group said in a statement. But overall fatalities have trended downward this year because of a United Nations-backed peace process, it added.

The number of deaths dropped "most significantly" in Hodeidah, where Yemen's internationally recognised government and Houthi rebels declared a ceasefire following negotiations in the Swedish capital, Stockholm, last December.

The warring parties also agreed to withdraw troops from the port city, the main entry point for 70 percent of imports and humanitarian aid to Yemen. But the UN Security Council, in a statement on Wednesday, expressed "grave concern" that the agreements have not been carried out.

The troop withdrawal was due to have been completed by January 7, but stalled over a disagreement on who would control the Red Sea port city.

The Stockholm deal was a trust-building step aimed at averting a full-scale assault on Hodeidah by the Saudi-led coalition trying to restore the internationally recognised government of Abd-Rabbu Mansour Hadi, and paving the way for political talks to set up a transitional government.

The Security Council called for the implementation "without delay" of the agreement, while also expressing concern over escalated fighting in Taiz and Hajjah governorates.

Andrea Carboni, a researcher at ACLED, told Al Jazeera fighting had intensified in Hajjah, Taiz, and Ad Dali governorates "mostly because the Houthis have engaged in the repression of local tribal actors, but also due to a re-escalation of frozen military offensives in many areas".

The war in Yemen has been at a stalemate for years, with the Saudi-led coalition and Yemeni forces unable to dislodge the Iranian-aligned Houthi rebels from the capital, Sanaa, and other urban centres.

The Saudi-led coalition was responsible for the highest number of civilian deaths - more than 4,800 since 2016, the group said. The Houthis, meanwhile, had killed 1,300 civilians in direct attacks, it added.

The fighting and ensuing economic collapse have also unleashed the world's most urgent humanitarian crisis, with 14 million of the impoverished country's 29 million population on the brink of starvation.

The UN said last month that 100 civilians were either killed or wounded every week in Yemen  in 2018 , with children accounting for a fifth of all casualties.

According to the figures released by the UN's refugee agency, more than 4,800 civilian deaths and injuries were reported over the course of 2018. Children accounted for 410 deaths and 542 injuries.

Relying on open source data for its findings, the agency noted that nearly half of all the casualties - 48 percent - were reported in Hodeidah.

The UN figures also showed that a staggering 30 percent of the civilians were either killed and wounded inside their homes, with non-combatants also targeted when travelling on roads, working on farms and at other civilian sites.

Worldwide screening of '14 Peaks, Nothing Is Impossible' based on Nirmal Purja's biography
21 minutes ago