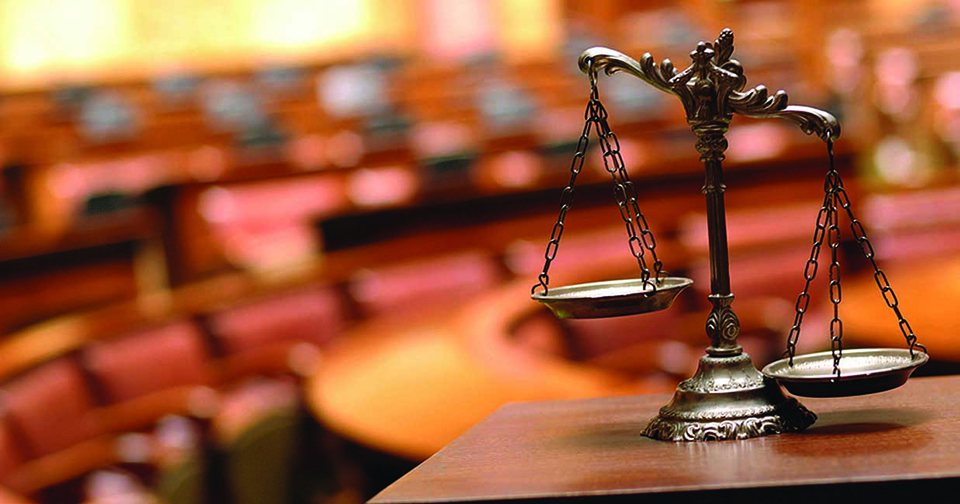 The US Embassy recently hosted the first USA-Nepal International Moot Court Competition, in collaboration with the Fulbright Alumni Association and the US Department of Justice. Moot court trains law students to be better advocates for their future clients. Competitions sharpen their writing and oral advocacy skills through arguing a fictional case in front of volunteers who serve as judges, most of whom are experience attorneys or actual judges.

International moot court competitions are often hosted in cities like Mumbai, Washington DC and London, with schools from around the globe sending students to compete. Each competition makes the world a slightly smaller place by connecting students, lawyers, and judges, and allowing them the opportunity to exchange ideas and cultures. Kathmandu is uniquely positioned to serve as a hub for these exchanges.

Justice Sapana Pradhan Malla of Nepal’s Supreme Court, and US Ambassador to Nepal Alaina Teplitz, launched the competition by delivering stirring remarks to participating students and members of Kathmandu’s legal community. Both emphasized the importance of the competition as a chance for students to sharpen their legal skills, while also building personal connections.  They highlighted the fundamental importance of rule of law in a democratic society, and emphasized the role of well-trained lawyers in maintaining an independent and effective judiciary. Lastly, both speakers emphasized the role of women in the future of the judiciary which was especially important considering many schools, including Howard University, sent teams composed exclusively of female students, and the entire lineup for the final round of competitors was female as well.

The competing teams came from five Nepali law schools and Howard University School of Law from Washington, DC in the United States. After the competition concluded, the students from Howard Law raved about the generous spirit of hospitality and comradery between the Nepali and American students. I was also informed by many Nepali students that they relished the opportunity to connect with colleagues from other law schools, as there is limited interaction among law campuses in Kathmandu.

While my expectations for the performance from the Nepali teams was high based on my prior experience with law students in the country, the students exceeded my expectations with their advocacy skills. The teams were well prepared for probing and even aggressive questioning from the judges, and the quality of their advocacy rivaled any practicing attorney I have seen in the field. These debating rounds were made even more exciting by lawyers and law professors who served as judges; the judges asked complex and astute legal questions from the competitors, testing not only the skills of the oralists but also the boundaries of international law as it exists today. The final round pitted Howard University School of Law against Nepal Law Campus, with NLC winning the best team award and a member of the HUSL team winning best oralist.

The interactions among the students inside and outside the court room underline one of the major benefits to competitions such as these: bringing students together around a common purpose and facilitating an exchange of their unique personal and cultural experiences. As an organizer of the competition, my goal is not only for the students to learn about the law and its role in society, but also for them to learn about themselves and their fellow legal practitioners from their community and around the world. My own experiences as a moot court competitor inspired me to pursue a career in international law, but they also taught me a great deal about the cultures of my fellow competitors from the Caribbean, the Americas, South Asia, and Europe.

Along with fostering person-to-person connections, international moot court competitions are built around a hypothetical scenario that is focused on substantive emerging questions in international law that have not yet been resolved. For example, in the aftermath of such protest movements as the Arab Spring in the Middle East and Occupy Wall Street in the United States, some moot court scenarios have been formulated to explore how international law balances the right of citizens to protest against the right of the state to maintain stability and security. The treatment of ethnic and religious minorities has also become a contentious topic under international law that is frequently explored in moot court competitions. Each of these issues was woven into this year’s US-Nepal International Moot Court Competition problem set, because they are complicated and multi-faceted and force students to confront hypothetical questions that could affect policy and law in the future.

As is the case with many disciplines, law is formed over time through years of debate and discussion by experts in the field. The goal of any moot court competition is to plant the seed in the mind of a student that may allow them to eventually become one of the experts who creates legal solutions for an ever-changing world. Beyond this, the competition gives students an opportunity to debate with people from different backgrounds from themselves, which expands their scope as a person and also their capacity as future attorney and officer of the court. Yet, in order for a moot court to be successful, dynamic local students, organizers, and volunteer judges from the legal community are key, and we encountered each of these elements in abundance in Kathmandu.

While the American law students learned a great deal by visiting Nepal and interacting with their Nepali counterparts, the intense training of young lawyers in Nepal is also integral to the future of this young democracy implementing its new constitution.

By bringing together students from across campuses in Nepal, competitions such as the US-Nepal International Moot Court competition attempt to foster cooperation and the creation of alliances between young lawyers whose generation is charged with interpreting and implementing the nation’s new constitution. Further, by having young lawyers and professors serve as judges for the competition, the competitors were able to forge deeper connections with mentors that will be instrumental in their practice of law in the future.

KATHMANDU, Jan 2: Patan High Court has paved out a way for Nepal Police to seek sources of news from... Read More...

Govt, ASDP and NACCFL sign deal for capacity buildings of cooperatives in Karnali
35 minutes ago