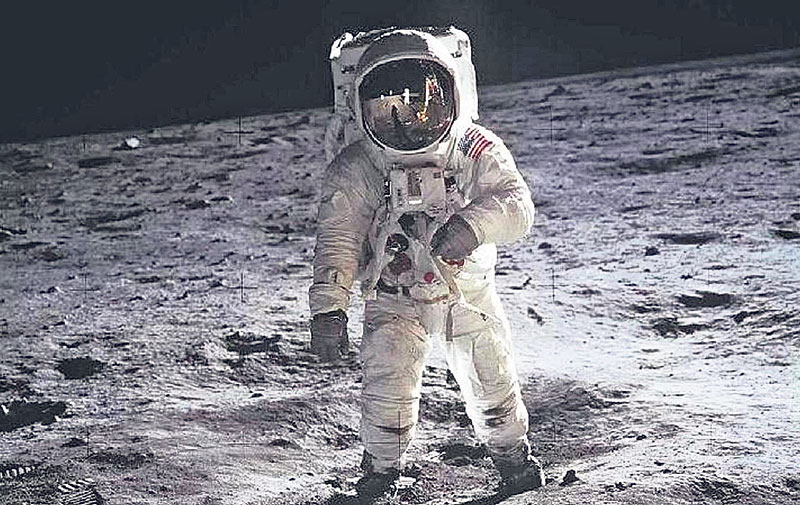 BIRATNAGAR, July 16: A former astronaut Buzz Aldrin, 86, one of the first two men to walk on the moon, is arriving in Nepal on September 4. He had set foot on the moon together with Neil Armstrong on July 20, 1969.

Neil Armstrong, first among the two to set foot on the moon, died at the age of 82. The Everest Science Center (ESC) of Sitagunj, Sunsari had invited Aldrin for a week-long tour of Nepal.

“Aldrin finally accepted our invitation after six months of our request,” said Adhikari, speaking at a press conference in Biratnagar on Friday.

Aldrin and his entourage will arrive in Kathmandu on September 4 and enjoy a mountain flight the next day. After that, they will visit Lord Buddha's birthplace Lumbini.

Aldrin will give a speech and hold discussions at a program of ESC on September 6. He will also hold interactive discussion on September 7 and 8 in Nepal Academy Hall, Kamladi, according to him.

“During his visit, Aldrin will share his experience of landing on the moon and he will also discuss about the possibility of human settlement in Mars,” said Adhikari.

“Around five thousand people can attend the program and listen to Aldrin's experience of moon exploration. That day will be a historic day for Nepalese people,” he added.

Aldrin and the other guests will leave for the USA on September 8.

KATHMANDU, Sept 6: Buzz Aldrin, American engineer and former astronaut, who is the second among 12 persons to have stepped on... Read More...