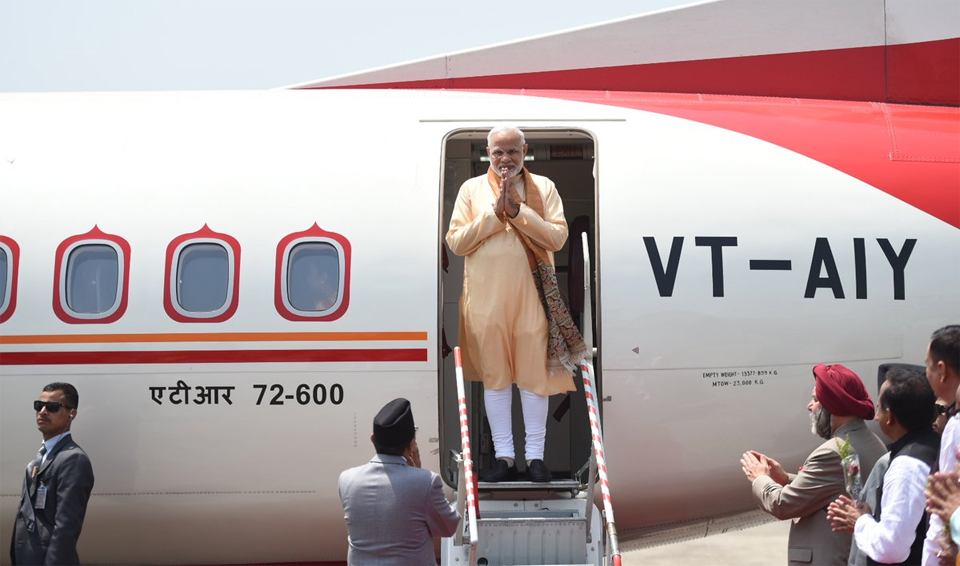 Nepali officials privy to the arrangements for the visit say Indian Prime Minister Modi is visiting Nepal this time to participate in Bibaha Panchami—the wedding procession of Lord Ram from Ayodhya, India to Janakpur in Nepal -- and to inaugurate some development projects together with his Nepali counterpart, KP Sharma Oli.

Apart from participating in the religious function, Modi is scheduled to jointly hand over the Jaynagar-Janakpur Railway and the Integrated Check Post constructed at the Nepal-India border in Birgunj.

The construction of the 34-kilometer Jaynagar-Janakpur railway section has already been completed.

“He [Modi] is arriving. The date will be fixed soon in consultation with the Indian side,” said Foreign Minister Pradeep Gyawali, adding that they are exploring a time convenient for both the prime ministers.

This will be Modi's fifth visit to Nepal after becoming prime minister in 2014. He visited here for the first time in August 2014 and addressed parliament.

He also came to Kathmandu to participate in the SAARC Summit in November of the same year. Later, he visited in the course of inaugurating the Arun III hydro power project, which is being constructed by an Indian firm.

His most recent visit to Nepal was in August, to attend the BIMSTEC Summit in Kathmandu.

During the BIMSTEC Summit Modi expressed a willingness to participate in the historic wedding procession and inaugurate two development projects in the presence of his Nepali counterpart.

One of Prime Minister Oli's advisers said Modi is visiting Nepal as per his previous announcement to participate in the religions function and hand over a development project.

Officials from Nepal's Department of Railways are inspecting the railway construction site. “The director general of the railway department and the physical planning secretary together with the line minister are now inspecting the project site,” said Aman Chitrakar, information officer at the Department of Railways, adding, “The project has to be completed by the end of 2018.”

Chitrakar, however, said he has no official information when the railway inauguration is taking place.