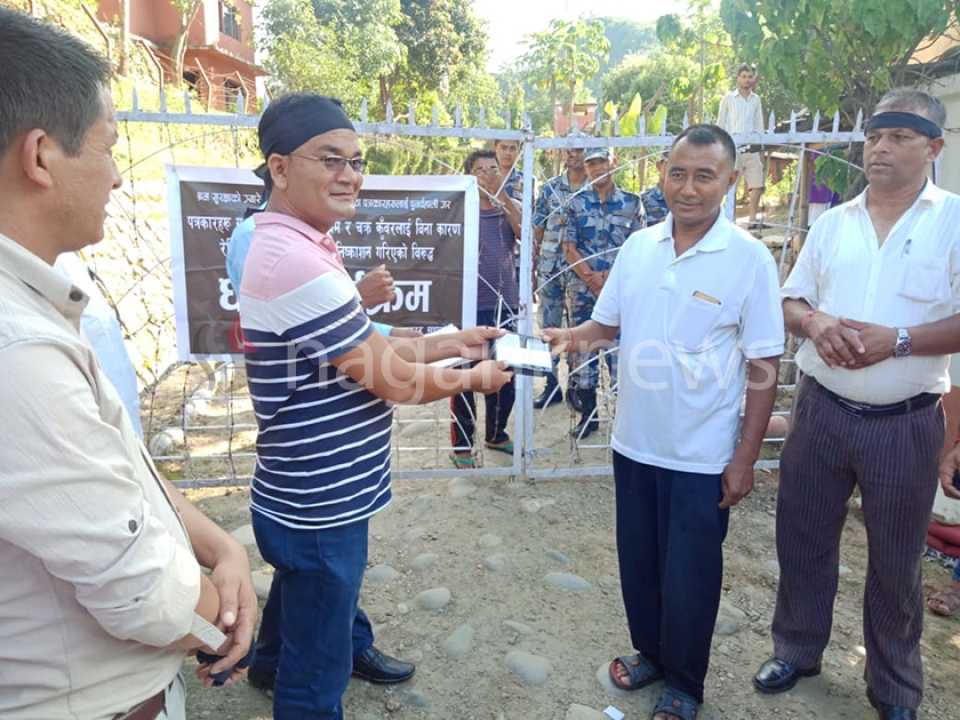 According to FNJ chapter chair Yogendra Balayar, the broken radio set was dispatched to the minister and the executive director as part of their protests against the government's unwarranted political interference on Radio Nepal's regional office in Dipayal.

“The government is ruining a pioneer and prestigious state-owned media institution thorough political interference. Baskota and Karki are to be blamed for this,” Balayar argued.

The radio set was gifted to Minister Baskota and ED Karki through Boyalal Chaudhary, the chief at Radio Nepal's Regional Transmission Centre based in Dipayal. After receiving the broken radio, Chaudhary vowed to deliver it to the intended authority.

"The expulsion of three radio staffers was purely a political attack on the press," the FNJ stated.

The FNJ chapter has accused the government of meddling in the radio's regional branch.

KATHMANDU, April 12: The election schedule of province committee of the Federation of Nepalis Journalists (FNJ) to be held on... Read More...