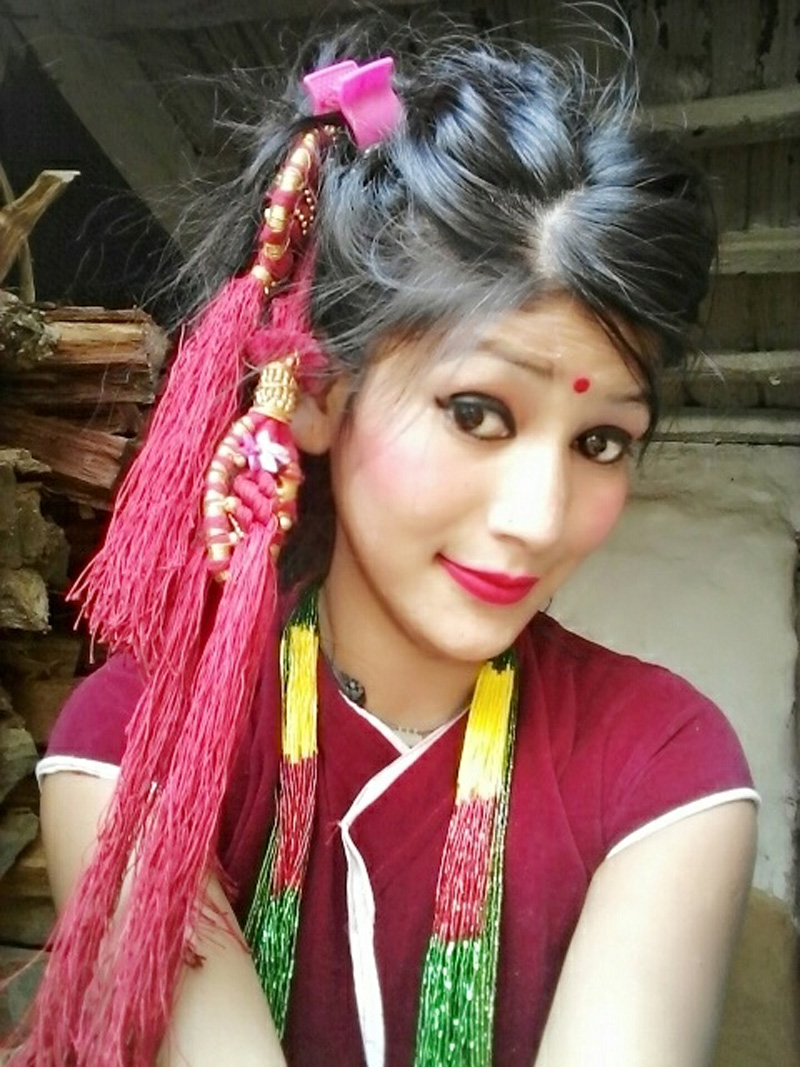 Mina Khatri in a dance uniform

BAJURA, March 13: Mina Khatri, a resident of Gotri-5 of Bajura, has danced on the stage a hundredth times. However, she has not got a chace to show her talent in a video. She was fond of dance since her childhood. She was ten years old when she first started dancing on the stage.

Mina, aged 17, is a grade 10 student at Malika Secondary school. But she has no  ambition to pursue higher education.

She wants to be a successful dancer. But she has financial constraint that would prevent her from succeeding in realizing her dream. Her father died when she was four years old. Tara Khatri, her mother is not in a position to provide her daughter with as much money as she needs for realizing her dream. “There is a need for money for doing anything. My dream is not going to be realized”, said Mina.

She learned dancing at the Maoist camp located in Kalikot during the conflict period. “I saw others dancing there. I prefer dancing to study”, said Mina.

She started working at Bhandari Hotel situated in Martadi since the time she was 10 years old. Sanu Bhandari, the owner of the hotel, has loved her as her daughter after being impressed by her dancing talent.

She has been selected in the Far Super Star Audition held on May 4. “I always fantasize about acting and dancing in a video”, said Mina.

“My height and figure are suitable for acting. But no one gives me a chance”, complains Mina.

She wants to join dancing class after taking the SLC exam. But, there is no one to help her pay the fee for dancing.

Before acting in a video, she wants to participate in the national level dancing competition.

My soul needs you

It's 3 o'clock in the morning The dreams I lived with you was serene We were traveling in submarine The... Read More...

Breaking the stereotype of a typical ‘Nepali Beauty’ and becoming the first Miss Nepal from the Marwari community, Nikita has... Read More...