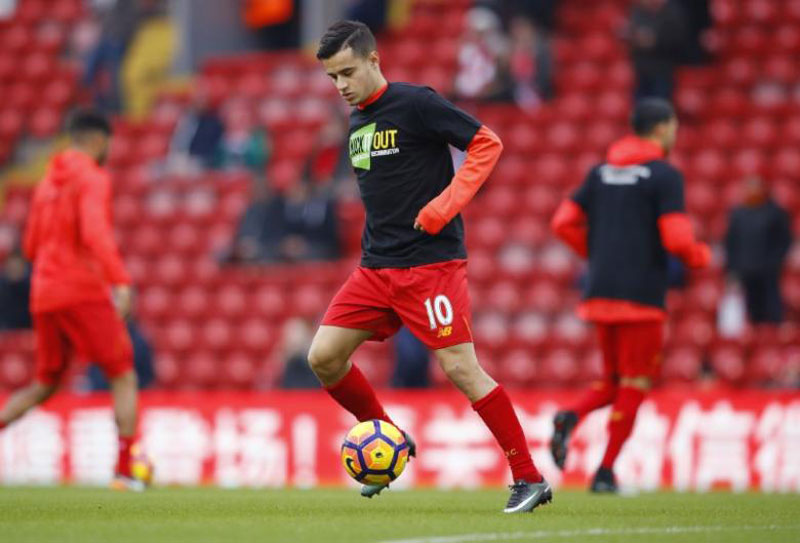 Brazil international midfielder Philippe Coutinho has extended his contract with Liverpool, the Premier League side said on its website (www.liverpoolfc.com) on Wednesday.

Although no official details of his new contract were revealed, media reports said the 24-year-old signed a five-and-a-half year extension that will keep him at Liverpool until 2022 and make him the club's highest-paid player.

"I will work much harder to repay the belief shown in me. I signed this new contract to stay here for a few more years because it's a great honour for me," Coutinho said.

"It gives me great happiness because I was welcomed here with open arms by everyone at the club and the supporters right from my first day."

Coutinho has scored 34 goals in 163 appearances since he joined the Merseyside club from Inter Milan in January 2013 and has played a pivotal role in Liverpool's solid first half of the season.

Liverpool are fourth in the Premier League standings after 21 games, 10 points behind leaders Chelsea, who they face at Anfield next Tuesday.

Liverpool, without Coutinho, out to halt Man City march

Hearing on case against Home Minister Lamichhane continues
26 minutes ago

Four arrested with illegal drugs in Janakpur
43 minutes ago