Mane, Coutinho score for Liverpool in 2-1 win over West Brom 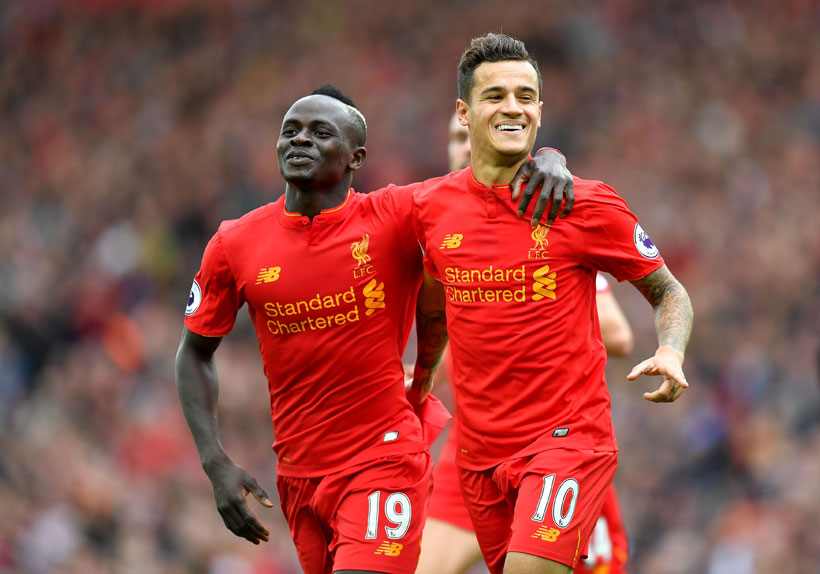 LIVERPOOL, England, Oct 23: Sadio Mane and Philippe Coutinho scored first-half goals to set up Liverpool for a 2-1 win over West Bromwich Albion in the English Premier League on Saturday.

After dominating the match, Liverpool had to endure a nervy end following Gareth McAuley's close-range goal in the 81st minute at Anfield.

That goal denied Liverpool top spot overnight, with Arsenal leading the Reds on goal difference. Manchester City can reclaim the lead by beating Southampton on Sunday.

Frustrated by Manchester United's defensive tactics in a 0-0 draw on Monday, Liverpool had more joy five days later against another opponent that sat deep, having 21 shots in total.

Mane put the Reds ahead in the 21st minute, side-footing home a volley for his fourth goal of the season after Roberto Firmino crossed to the far post.

The Senegal forward turned provider for the second goal as Coutinho picked up Mane's short pass, cut inside to flummox two defenders, and buried a low shot inside the near post.

It was a sixth win in nine league games for Liverpool, which has lost just once — to Burnley.