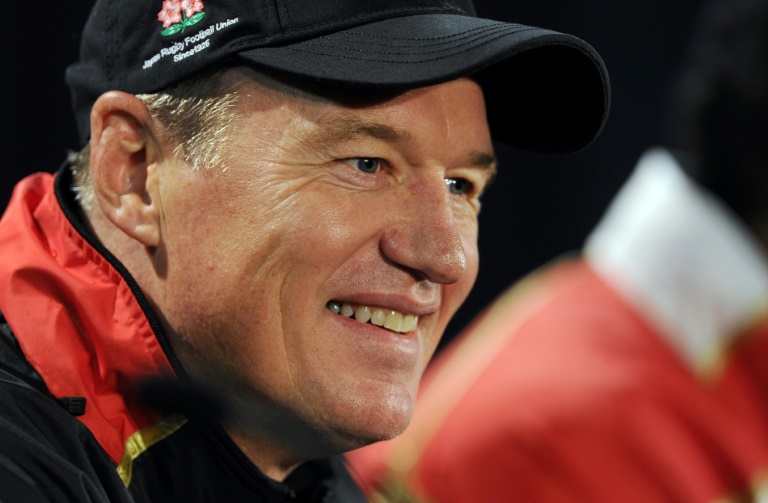 John Kirwan broke one of rugby's biggest taboos when he revealed his battle with depression, but the All Blacks legend believes modern athletes are under more mental pressure than ever in the commercial era.

Flying wing Kirwan played in the twilight of rugby union's amateur age -- including with New Zealand during their blitz of the 1987 World Cup and four-year undefeated streak -- at a time when sports psychologists were non-existent and players were freely "self-medicating" with alcohol.

But Kirwan, the author of two memoirs about fighting his own inner demons, said seismic changes to the sport from the mid-1990s have burdened athletes in new ways.

"Back in the day... we all had jobs and rugby was pretty much our fun pastime, and we had a great time doing it," he told AFP in a telephone interview.

"Being a professional sportsman is now way more complicated. It's bigger, stronger, faster... definitely not the sport I played."

Sport, including rugby, is only now getting to grips with the impact of concussion on long-term mental wellbeing, following a series of studies and legal cases in American football's NFL.

Injuries that would have been shrugged off in the amateur years now have serious financial and physical implications that could destroy a player's livelihood overnight, Kirwan said.

But rugby's professional overhaul has also ushered in a new openness about mental health and an understanding of the unique pressures faced by elite athletes, he added.

Several rugby players have come forward to share their private turmoil, including Gareth Thomas who broke another taboo by coming out as gay in 2009, two years after his Wales international career ended.

Thomas has spoken at length about his battle with depression, describing himself as close to suicide at one point.

"I love Gareth to death, and I think he's absolutely trailblazing in the way he talks about mental health," Kirwan said.

"Some of the things he went through were really hard mentally."

Similar struggles with mental illness have played out across other top-tier sports and were brought sharply into focus just days ago by the suicide of Rio silver medal-winning cyclist Catlin.

In April, Kirwan will travel to Hong Kong, the next stop on the World Rugby Sevens Series circuit, to raise awareness of mental health issues.

He will relate his personal story to fans and attend a "wellness summit" organised by one of the tournament sponsors, health insurance company Cigna.

"Suicide leaves so much grief behind," he added.

"We can really turn those figures around if we keep talking about it and give youngsters strategies to cope with some of the things they're going through."

This year will also herald Kirwan's return to Japan for the World Cup, eight years after he led the Brave Blossoms to a draw with Canada at the 2011 edition -- ending their 16-year losing streak in the competition.

He said Japan, now under fellow New Zealanders Jamie Joseph and Tony Brown, can improve on their success of 2015 when they recorded a massive upset against South Africa among their three pool wins.

"At the 2002 soccer World Cup the Japanese had this ability to rise to the occasion when they were at home," he said.

"It'll be hard for them, but they'll be performing to the best of their ability.

But Kirwan was quick to refute any suggestions that he may have divided loyalties as the All Blacks chase a third consecutive World Cup triumph.

"I've got black blood," he laughed.