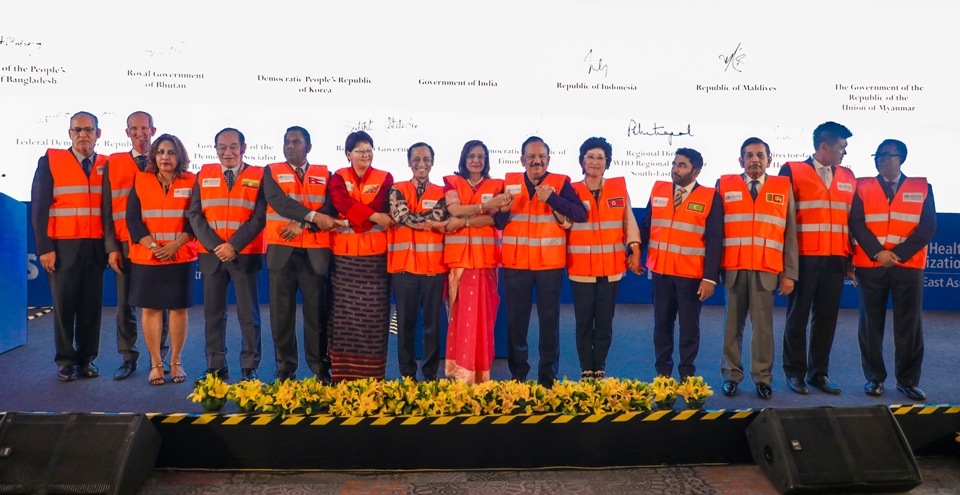 As member countries adopted the ‘Delhi Declaration - Emergency Preparedness in the South-East Asia Region’ at a ministerial round table in New Delhi, WHO Regional Director Poonam Khetrapal Singh, underscored the importance of preparedness saying, “stronger the capacities in our own countries, stronger will be the Region and stronger will be the world.”

The WHO Director-General, Dr Tedros Adhanom Ghebreyesus, who connected from Geneva to the Seventy-Second Session of WHO South-East Asia Regional Committee, said, “Preparedness will save lives, and save money. The Delhi declaration on emergency preparedness is a vital step forward towards making the Region safer for its entire people.”

The Delhi declaration has called for four key initiatives – identify risks by mapping and assessing vulnerabilities for evidence-based planning, implement measures for disaster risk reduction; prepare and operationalize readiness, according to a press release issued by WHO.

The declaration has also emphasized on interlinking sectors and networks – such as the ‘One Health’ approach to bridge the gap between diverse sectors including human, animal, environment – for prevention and control of emerging and remerging diseases.

Participating in the roundtable, Ministers of Health and heads of delegations of the 11 Member countries, which account for one-fourth of the global population, shared experiences from the numerous health emergencies that have hit the Region in the last over a decade. “We have a lot to share and learn from each other,” the regional director said.

The turning point was the Indian Ocean tsunami that killed over 200,000 people, and caused massive destruction in six countries of the Region. The region then set benchmarks for disaster preparedness and response and created the regional health emergency fund SEARHEF that has funded 39 emergencies in 9 countries, disbursing 6.07 million USD.

Despite improved capacities and responses to health emergencies, WHO South-East Asia continues to be one of the most vulnerable regions at risk of emerging and re-emerging diseases, diseases associated with climate change and rapid and unplanned urbanization, and natural disasters such as floods, cyclones, earthquakes and volcano eruptions, the WHO stated.

As the festive season starts in our country, a very serious humanitarian crisis stares us all in our faces. And... Read More...

Amid misconceptions among the public regarding this deadly virus, the World Health Organization (WHO) has published some Question-Answers. Here are... Read More...

More than 2,000 now infected with coronavirus; 56 dead in China

SHANGHAI, Jan 26: More than 2,000 people globally have been infected with a new coronavirus, the vast majority of them in... Read More...