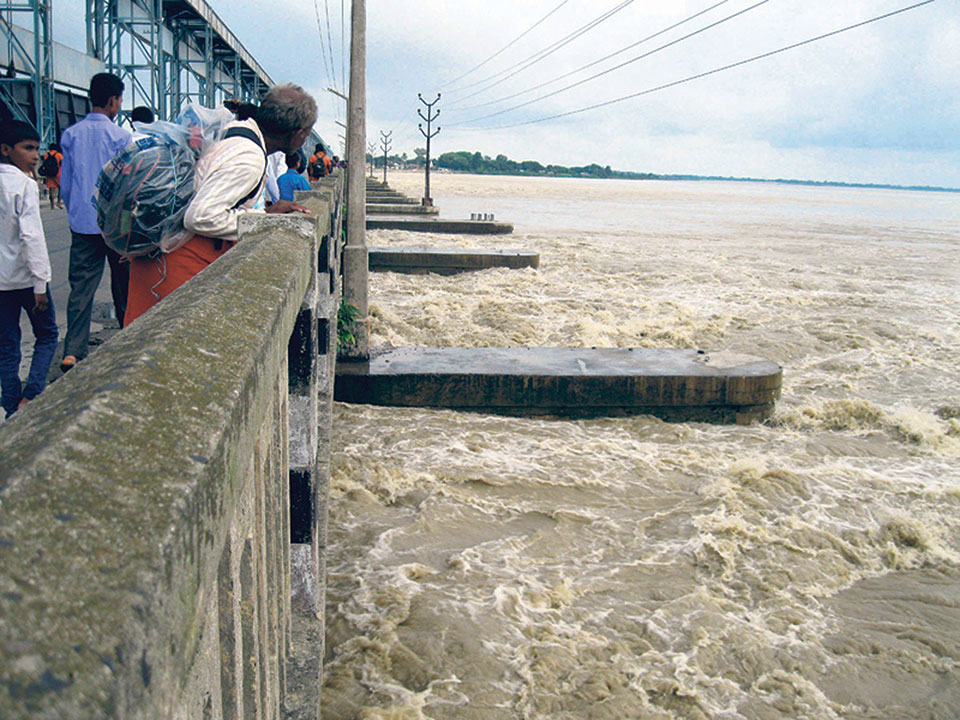 KATHMANDU, Dec 14: The natural disasters likely to be caused by the Koshi basin shared by China, India and Nepal are putting its 40 million inhabitants at risk, experts at a discussion in the capital said.

For the Koshi River basin, events such as the disastrous 2008 floods that affected 45,000 people in Nepal and close to 3 million people in India, serve as a dire reminder of the need for greater cooperation in disaster risk reduction (DRR), according to the International Centre for Integrated Mountain Development (ICIMOD). The basin-based natural disasters can threaten 40 million population in its course, the experts said

To address this gap, the ICIMOD in collaboration with the Bihar State Disaster Management Authority and Sichuan University – Institute of Disaster Management and Reconstruction hosted an inception workshop on the Koshi basin Disaster Risk Reduction Knowledge Hub in Kathmandu. The event, held on December 11-12, saw over 60 participants from the three basin countries including China, India and Nepal take part in several discussions and brainstorming sessions to chart out a collaborative roadmap for a basin-wide knowledge hub.

The success of the hub will depend on transboundary collaboration, the workshop concluded.

Speaking during a panel discussion on challenges and opportunities in the Koshi basin, Ram Gopal Kharbuja, joint secretary at the Ministry of Energy, Water Resources and Irrigation gave examples of real-time flood forecasting measures that have been established in the Koshi basin to facilitate information sharing with various stakeholders in Nepal and across the border in India. He said that such knowledge sharing mechanisms would strengthen cooperation between the countries in the basin.

Arun Bhakta Shrestha, regional program manager, River Basins and Cryosphere, ICIMOD, noted that sustaining the hub will require careful consideration, patience and planning. “The hub is meant to be used as a platform for a collaborative partnership that explores these issues such that ultimately decisions that are made consider the ramifications on communities that live in the upstream and downstream areas of the basin.”

Pete Budd, Australian ambassador to Nepal, said, “Natural disasters have transboundary effects. There is no other time than the time to act now. Although there have been efforts to improve disaster risk reduction in the basin, related policies and practices need to be strengthened using a multi-disciplinary approach.”

The workshop was a culmination of consultations organized by ICIMOD in the past to focus attention on the vulnerabilities of communities within the basin. For example, between 2000–2011 women-headed households in some parts of the basin have increased by as much as 110 percent due to outmigration of men. The lack of formal credit institutions coupled with climate change impacts has impacted traditional livelihoods. In addition to that, there are 42 potentially dangerous glacial lakes in the basin and in the past one single glacial lake outburst flood (GLOF) event caused an estimated damage of USD 150 million. A common refrain through the presentations was the need for researchers to come together to view GLOFs, landslides, floods and other hazards as linked events, which eventually have cascading effects further downstream.

KATHMANDU, April 23: Although it is too early to predict if there will be rapprochement between India and China anytime soon,... Read More...