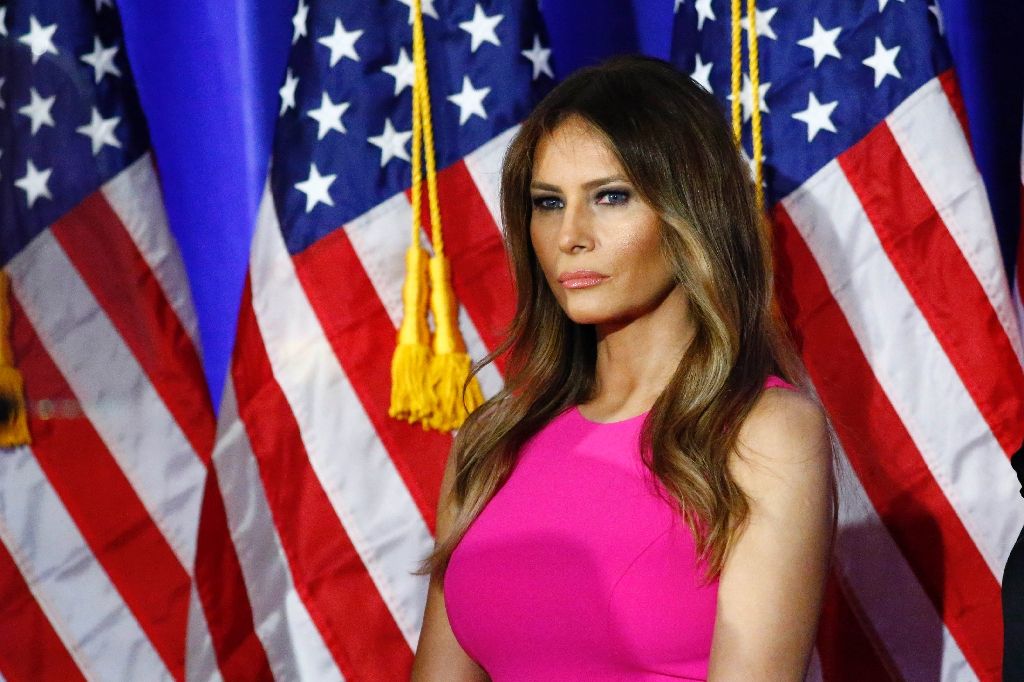 On Sunday, a former adult film actress who alleges she had an affair with President Donald Trump sat down with Anderson Cooper on 60 Minutes to tell her story. After the interview with Stormy Daniels aired, Melania Trump's spokesperson tweeted about Barron. The first lady's representative reminded the media that the Trumps' son is a child and that it is imperative to protect his privacy when reporting on recent news.

Daniels, whose given name is Stephanie Clifford, discussed her alleged affair in great detail on 60 Minutes — an affair which President Trump has denied took place. While Melania's spokesperson, Stephanie Grisham, did not comment on the interview directly, she did put out a tweet shortly after it aired, saying "While I know the media is enjoying speculation & salacious gossip, I'd like to remind people there’s a minor child who’s name should be kept out of news stories when at all possible." The first lady herself has not commented on Daniels' interview.

Daniels alleges that she had an affair with the president back at a celebrity golf tournament in Lake Tahoe in 2006. Daniels reported that, at the time of the alleged affair, Melania had just had her and Trump's first child.

As the Trump family has received much attention in the news media since the president's inauguration, several people have repeatedly taken a stand to ensure that the privacy of Trump's 12-year-old child is protected. Indeed, one of the individuals who has spoken out most about the topic former presidential daughter Chelsea Clinton.

Indeed, back in August of 2017, Clinton leapt to Barron's defense after a conservative website criticized his clothing. “It’s high time the media & everyone leave Barron Trump alone & let him have the private childhood he deserves," Clinton said in a tweet. She also added in a follow-up tweet, "Barron is A KID. No child should be talked about in the below manner-in real life or online. And for an adult to do so? For shame.”

At the time, the first lady thanked Clinton for standing up for Barron, saying "Thank you @ChelseaClinton - so important to support all of our children in being themselves ..."

Clinton also again took to Twitter to defend Barron in January of this year, after a comedian made a joke that one of Melania's guests at the State of the Union, Preston Sharp, had been "recast as Barron." Clinton appeared to indirectly condemn the comedian in her tweet, saying “Whatever our politics, I hope we can agree to both leave 11-year old private citizen Barron Trump alone and celebrate 12-year old Preston Sharp for his work to honor the graves of every military veteran."

In addition to defending Barron, Clinton has also used social media to stand up for other members of the Trump family. Indeed, earlier this month, Clinton vehemently defended the privacy of Trump's grandchildren, tweeting, ""Please respect the privacy of President Trump’s grandchildren. They’re kids and deserve to not be your clickbait. Thank you." Clinton's tweet came after news emerged that Trump's son, Donald, Jr., and his wife, Vanessa, had filed for divorce. The couple have five children.

Vaccine procurement scandal is not just a case of corruption but a ‘crime’: MP Thapa
23 hours ago