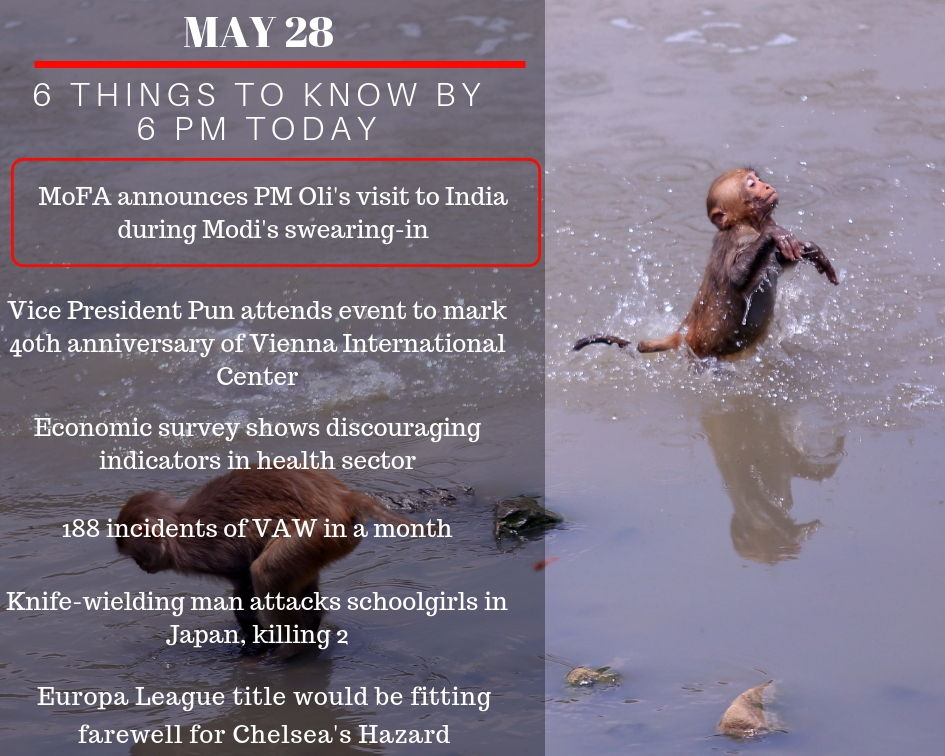 Prime Minister KP Sharma Oli will pay an official visit to India to attend Indian counterpart Narendra Modi's swearing-in ceremony to be held on Thursday, the Ministry of Foreign Affairs announced on Tuesday. Oli will leave Kathmandu for New Delhi on Thursday afternoon. The prime minister will visit India at the invitation of Modi. 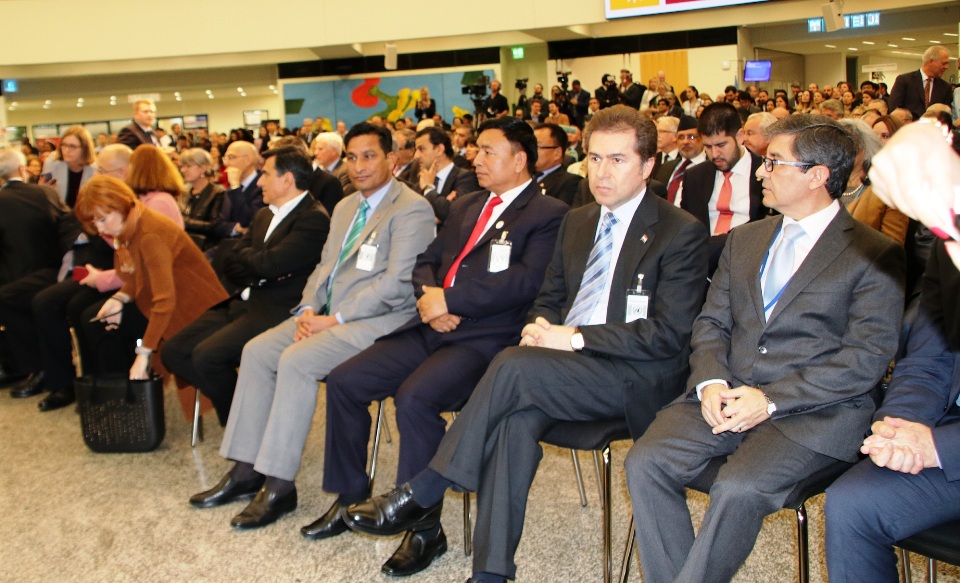 The growth rate of the health sector in the current fiscal year 2075-76 BS (2018-19) is expected to remain at 6.7 percent in comparison to 6.3 percent of the previous fiscal year. With the implementation of federal system at home, the public health offices, sub health posts and primary health posts have been handed to the local level. A total of 90,946 human resources work there.

188 incidents of VAW in a month

One hundred and eighty-eight incidents of violence against women based on gender discrimination have taken place across the nation from April 14- May 14 this year. Of them, 109 cases of domestic violence, 40 cases related to sexual violence and 24 incidents of social violence took place during one month. Similarly, 11 incidents of murder and two other types of incidents occurred at the same time. 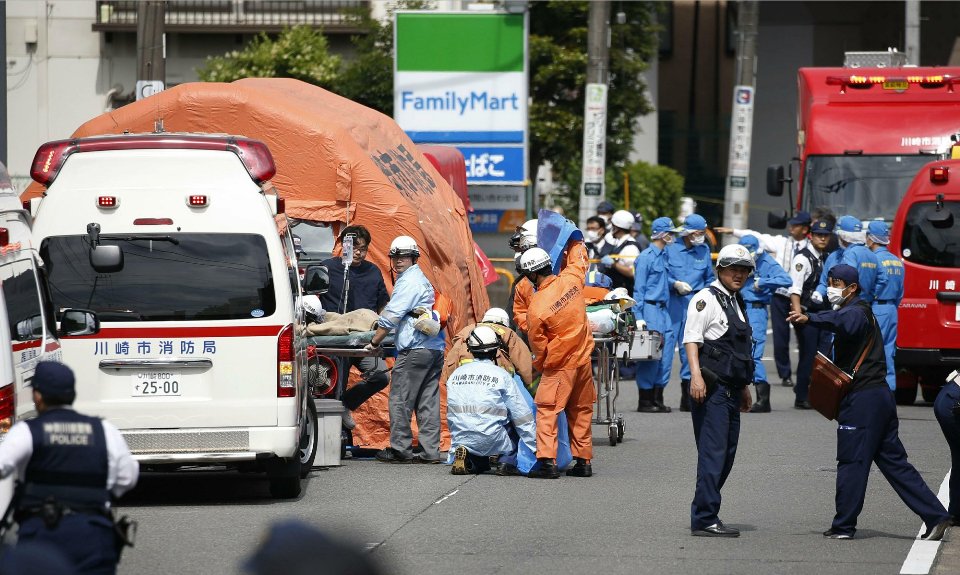 A man carrying a knife in each hand and screaming “I will kill you!” attacked a group of schoolgirls waiting at a bus stop just outside Tokyo on Tuesday, killing two and injuring 16 before killing himself.  Most of the victims were schoolgirls who were lined up at a bus stop near Noborito Park in the city of Kawasaki when the man in his 40s or 50s began slashing them with knives.

The Belgian international, who is a target for Real Madrid, will enter the final year of his Chelsea contract next season and has refused to sign an extension, meaning the London club could lose him for free if they do not sell him this year. Hazard has won two Premier League titles, one FA Cup, one League Cup as well as the Europa League since joining Chelsea from Lille in 2012.

KATHMANDU, Jan 29: The government has said that the internal political problems of Venezuela need to be resolved within its... Read More...