Getting to finals week of MasterChef: The Professionals is a dream come true for Santosh Shah.

LONDON, Dec 15: The Nepali chef now based in London wowed the judges on his way to making this week's final six.

Cooking for celebrity chef Andrew Wong in last week's semis, Santosh impressed with his stunning take on dim sum - his Yomari dumplings from Nepal were stuffed with chocolate, cashew nuts and chilli, topped with orange and cinnamon. Santosh went on to cook a second dish for the judges - crispy chilli chicken, Indo-Chinese style, with crispy lotus roots, seaweed and vegetable pickles, served with hot and sour soup and crispy noodles. 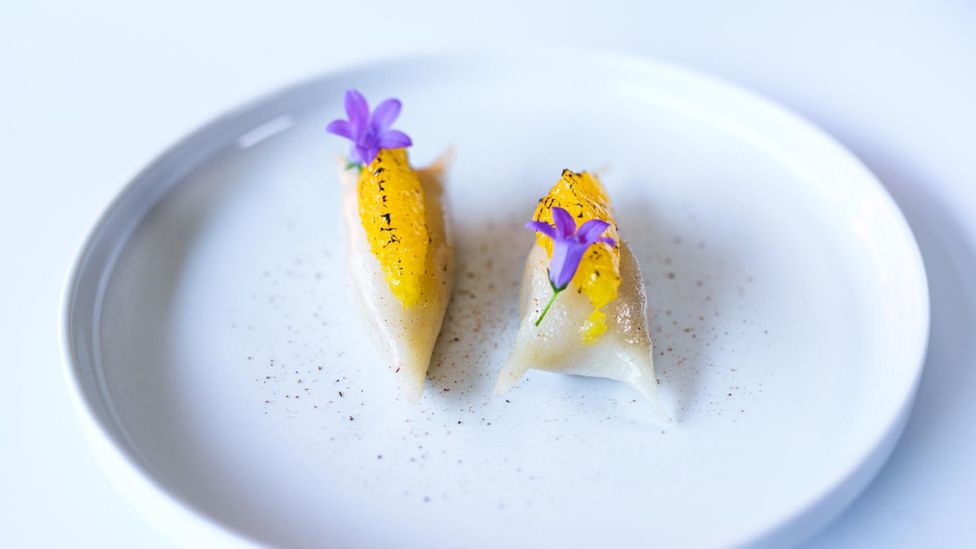 The judges were so impressed that they announced his food was the best dish of the day and sent Santosh straight through to the finals round. On Tuesday, he will be up against five other chefs out of 32 who started in this year's edition of the hit BBC TV series.

Another two rounds testing creativity, speed and culinary skills will see numbers whittled down before an overall champion is crowned in front of millions of viewers on Thursday.

"I always wanted to bring Nepali cuisine to the world stage and this show has given me this opportunity," Santosh told the BBC.

The show has also turned him into a celebrity back home in Nepal, where he has been interviewed by top TV shows and his face is all over national media.

Santosh is not the first contestant to say MasterChef is very tough.

"We have to be mentally strong, we are timed, and put under immense pressure. I practice each dish numerous times in advance," he said.

"Then there is the pressure of the camera and the judges are quite demanding. The competition is getting tighter and more demanding as chefs get eliminated in each round."

Santosh was born in Karjanha, a small village in the south-eastern district of Siraha, near Nepal's border with India. The youngest among seven children (two sisters and five brothers), he was just five when his father died. For pocket money when he was 10 he would sell plastic bags and other items at a local fair.

"With my friends, I used to walk up to 7km [about 4 miles] on foot, buy a few loaves of 'pau roti' [bread] and sell them at the fair," Santosh recalls. "I also worked as a labourer at a canal construction project in my district."

He managed to study up to class 10 when he was 15 but didn't pass school leaving exams.

"I then went to Gujarat state in India along with friends from my village in search of a job," Santosh said.

Hundreds of thousands of Nepalese people - from the hills and cities, as well as from the southern plains - head to India for work. Santosh began as a dishwasher at a local restaurant in Ahmedabad, the biggest city in Gujarat.

Always willing to learn, he soon moved to other hotels, learnt English and acquired a diploma in hotel management. Within seven years, he was working as an executive chef at a five-star hotel.

Then a food festival he organised made the news in India and brought his skills to wider attention. Shortly after, he got an unexpected call from a Gujarati businessman based in London who sent him a work permit and paid for his air fare and other expenses. Santosh arrived in London in late 2010.

This wasn't the dream restaurant Santosh was looking for, however. So he left the job and joined Dishoom, one of a new wave of pioneering Indian restaurants winning plaudits in the UK. Later, he worked at Benares and Hotel Lalit in London, among others.

"I am a risk-taker," says Santosh, recalling his journey so far. He once left a well-paying job to work at a French restaurant which was being run under a celebrity chef. "It was a good learning opportunity but I returned to an Indian restaurant later."

He is now working as a head chef at the Cinnamon Collection and also as executive chef at Saffron Circle UK.

'I will try my best to impress'

The 35-year-old has won the hearts of the MasterChef judges and the audience while showcasing exotic Nepali cuisine.

"MasterChef has been an incredible and life-changing experience for me. I will continue to keep learning and experimenting to create unique Nepali dishes for global food lovers," he says.

Given his background, his achievement in getting this far is certainly being noticed.

"Santosh is already a celebrity among the Nepali community in the UK as well as back home," says Kul Acharya, owner of the Holy Cow fine-dining restaurant and takeaway chain in London, who also worked as a kitchen porter and chef before setting up his own business.

"Though the South Asian community is well-established in the UK, for a Nepali chef to make it to the MasterChef finals is extraordinary."

MasterChef shows are not aired directly in Nepal for copyright issues, so many Nepalese follow Santosh on social media and watch the show on YouTube.

He has received congratulatory messages from, among others, Binod Chaudhary, Nepal's only dollar billionaire; and Prabal Gurung, a celebrity fashion designer originally from Nepal and now based in New York.

Whatever happens this week, the future seems bright for Santosh.

He recently met prospective investors to discuss launching a Nepali restaurant at the heart of London. "They were not interested at the beginning. But after I was selected to be on MasterChef, they have invited me for business meetings as soon as I am free."

Santosh, who is still single, has another pressing priority too.

"I am planning to get married next year - if I find my soul mate," he says. "Perhaps, this is the right time."

But for now his focus is firmly on the MasterChef finals.

"This is a rare opportunity for me to showcase Nepali dishes and I will try my best to impress the judges."

KATHMANDU, Dec 16: Nepali Chef Santosh Shah has made it to the top 4 of the grand finale round in... Read More...