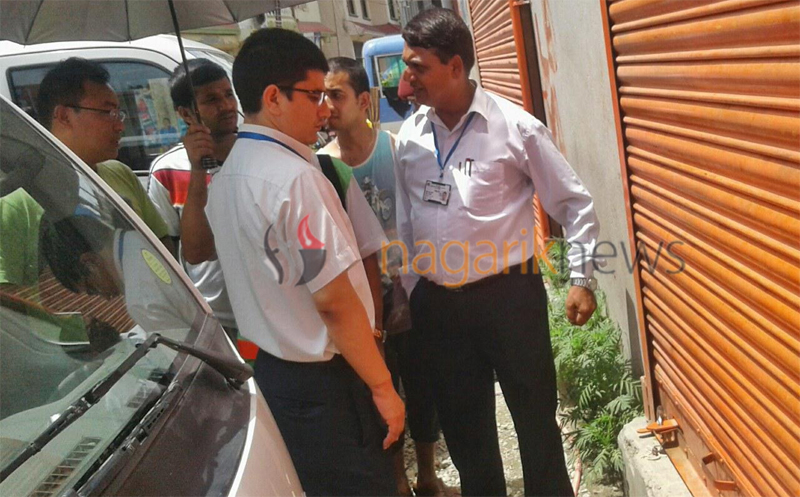 KATHMANDU, Aug 16: A market monitoring team from Department of Supply Management and Consumer Protection (DoSMCP) on Monday had raided the Kalopul-based godown of Big Mart.

The monitoring team had sealed the godwown of a renowned department store chain after discovering date-expired goods.

An employee at the godown, Gopal Thapa landed in the police net for breaking the seal on Tuesday.

“I had left key of motorcycle inside the godown,” he told the police, “So, I broke the seal mistakenly.”

Locals had informed the police after seeing a person breaking the seal. Acting on the tip-off, a team from DoSMCP reached the gowdown. A police team from Metropolitan Police Circle, Kamalpokharai then arrested Thapa.

“He has been kept for investigation,” DSP Mahesh Thapa told Republica Online.

Meanwhile, a monitoring team has reached the Lazimpat-based store of Big Mart for inspection.

POKHARA, Aug 1: A government market monitoring team in Pokhara has found serious issues regarding the quality of goods and services... Read More...

KATHMANDU, July 5: A clash ensued between a government monitoring team and traders at Balkhu Vegetable and Fruits Market in... Read More...

Why was the University Bill introduced, leaving aside the Education Bill?
20 hours ago
Bill on money laundering to be amended through fast track process
13 minutes ago

Gold price increases by Rs 500 per tola
43 minutes ago