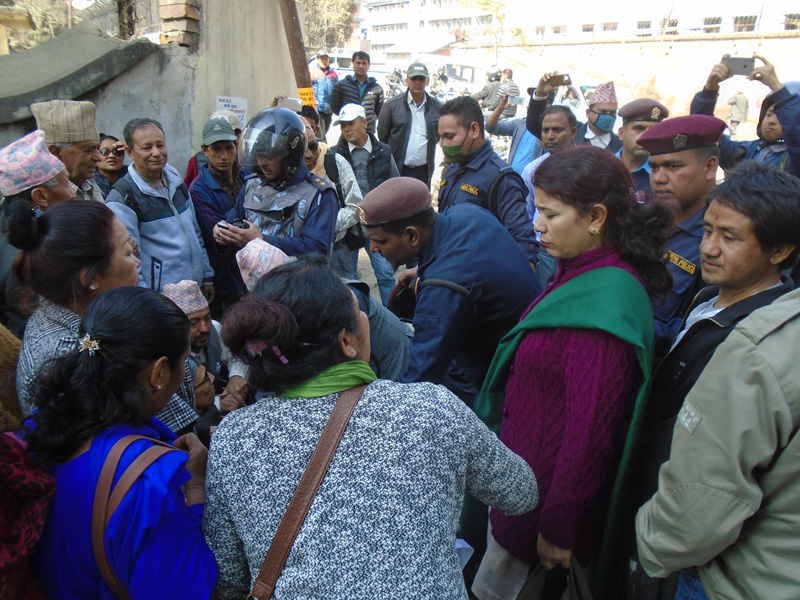 KATHMANDU, Feb 12. While Maoist cadres are marking the 22nd 'People's War Day' on Sunday, the Conflict Victims National Society observed it as a 'black day' and staged an hour long sit-in protest near the southern gate of the Singha Durbar.

During the sit-in program, the victims demanded for justice while criticizing the government and political parties for delaying justice through transitional justice mechanisms.

Speaking at the sit-in program, Kalyan Budhathoki of Maoist Victims Association said the 'so-called People's War' bereaved them of their guardians and the state showed apathy in justice delivery. "Even after the war ended 10 years ago, we are still forced to wait for justice. People involved in human rights violation during the conflict era should be identified. The state should take action against the perpetrators," said Budhathoki.

The conflict victims started the sit-in program from 11 am and concluded it at 12 noon.

The then CPN (Maoist) had launched armed insurgency on February 13, 1996 (Falgun 1, 2052 BS) and the war continued for 10 years until the Comprehensive Peace Accord was signed in November, 2006.

Conflict-hit women say no to war

RUKUM, April 3: Other news or development in the country may or may not draw their attention but the issue of... Read More...

War against ugly people and how to stop it

Through centuries now, a group of people has been consistently marginalized by the rest of the population. These people have... Read More...